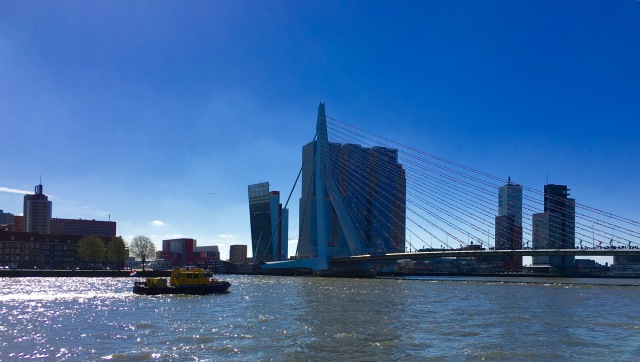 Race themes seem to be common in Europe. With the Rotterdam Marathon it is “you’ll never run alone”. True enough, the whole race course was kept alive by fun-loving and generous spectators as well as the staggered start  of the marathon relay participants.

Rotterdam was near enough that we did not have to stay overnight but it did make for a very long day. We were at the train station on Sunday, April 10, 2016 early to catch the 5:29 AM train to Brussels Midi Station. We arrived at 6:04 AM and had some time for coffee before our 6:40 AM intercity train to Rotterdam.

We arrived at the Rotterdam Central Station at 8:56 AM. The same day bib pickup was at the Postillion Convention Centre WTC Rotterdam a few hundred meters away from the central station. 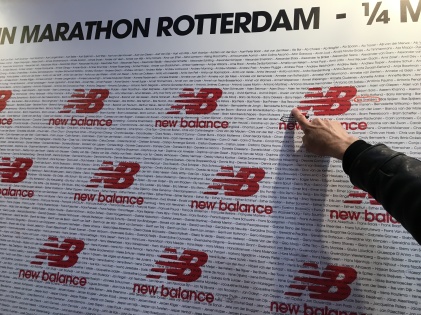 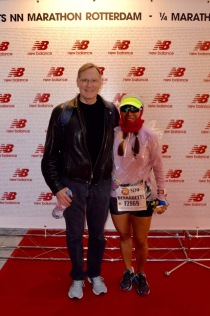 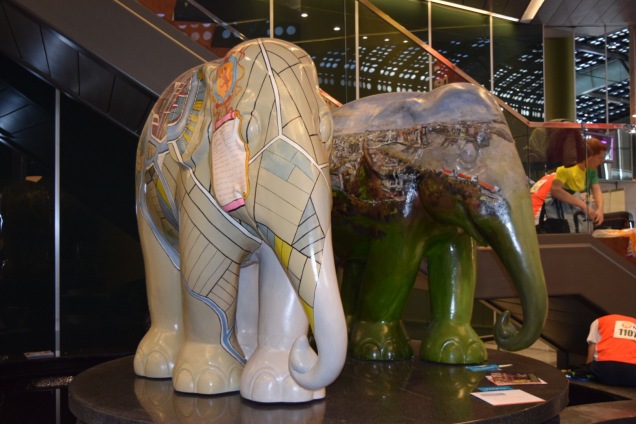 Richard found my name on the list and appreciated the art displays at the center. The goodie bag only contained the race shirt and the marathon program. 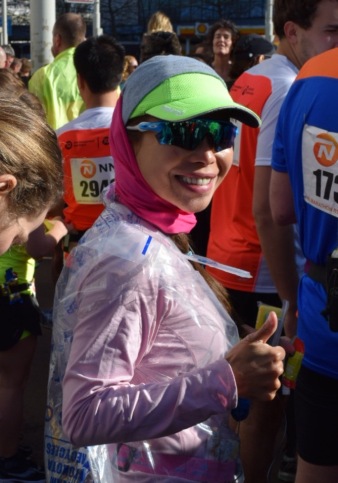 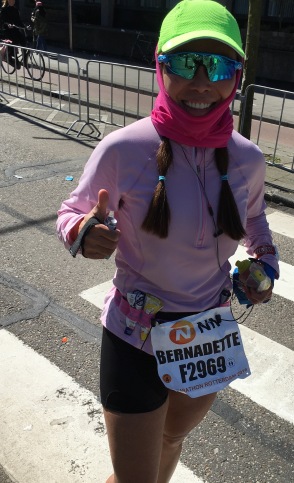 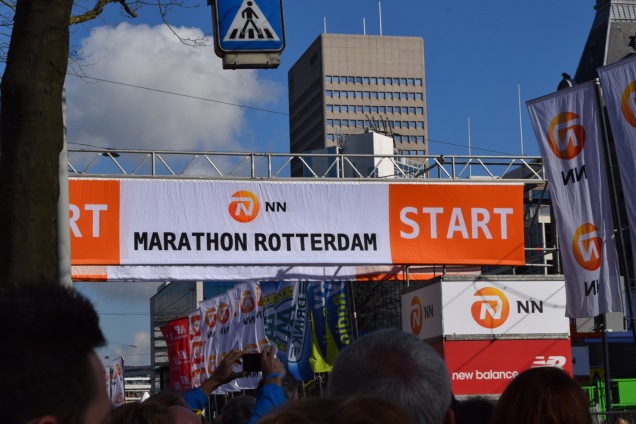 The race passed through Rotterdam’s modern sections. I considered the Kralingse Plas as the highlight of the race, a  huge lake bordered by the Klimpark Fun Forest and a golf course. 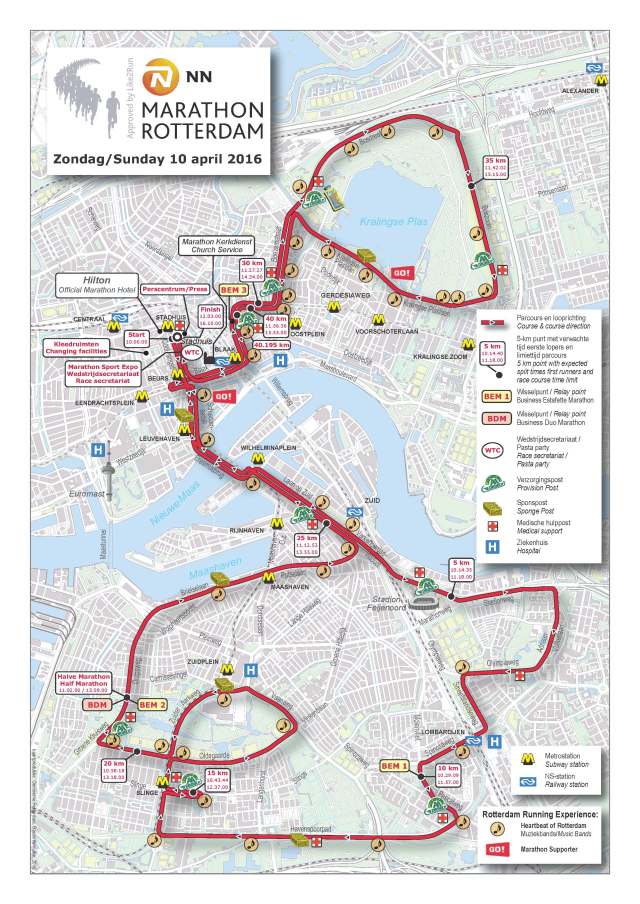 Here are a couple of the photos Richard took around the area: 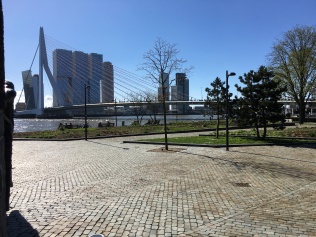 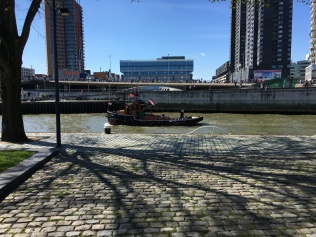 The cheerers along the course were very interesting. People took the event as an occasion to have street parties which made it fun for the runners. They were out in full force dancing, drinking, and loudly cheering everyone as we ran by. Indeed, I never felt I was running alone with all the people out on the road.

The people were also very generous. There were groups who set up their own aid stations and were giving out strawberries, chocolates, oranges, and small bottles of sports drinks. I gratefully ate several sweet strawberries. 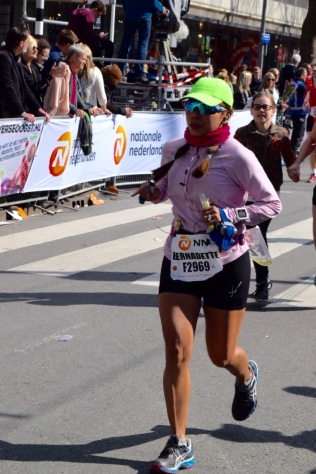 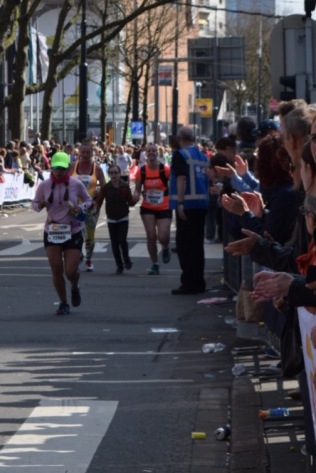 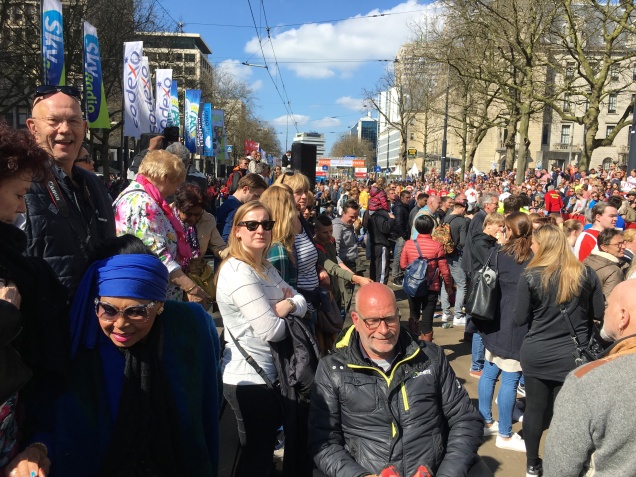 The aid stations had the usual water, cola, and bananas. They also had sponges to cool us down.

The race finished in the same area as the start line. I was pleasantly surprised to receive a rose as a finisher. Very nice! I think everyone got them because I saw male finishers with roses too. 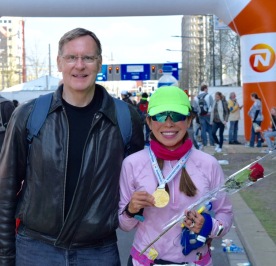 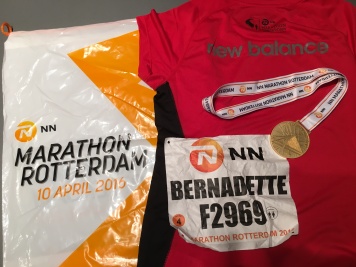 It was a short walk to the central station to catch our train back to Brussels.