The immense Sagrada Familia is impressive from any angle.

Barcelona is one of my favorite marathon cities. There is just so much to do in the city, and so many runners to run with during the race that it is always a unique festive experience.

We took off for Barcelona after work on Friday. We caught the train from Jurbise to Brussels Zaventem Airport for our Vueling flight at 21:35. Upon arrival at 23:35, we followed the signs to the buses at the arrivals area. Aerobus 1 took us directly to the Plaza Espana stop in 25 minutes. The Aerobus ticket can be purchased in advance online. It is also cheaper at 10,20€ per person.

It was an easy walk to our hotel from the bus stop. Even at the late hour, the show at Font Magicà de Montjuic was still on.

Our home for the weekend was the Crowne Plaza Barcelona – Fira Center, the official marathon hotel. 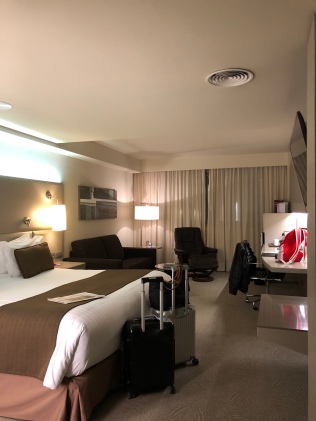 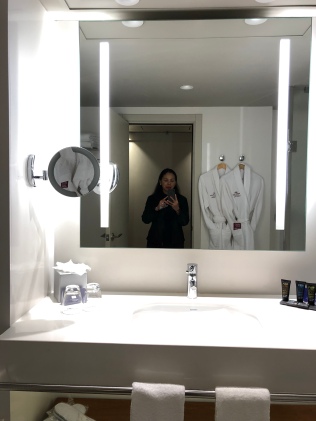 Saturday was a leisure morning. We woke up late and got dressed to sit down to a beautiful champagne buffet breakfast.

The Expo Sports at Pavilian 8 in Fira de Barcelona is open from 10:00 AM – 20:00 PM. We walked from the hotel to the expo to pick up my bib and browse at the latest product offerings for runners. 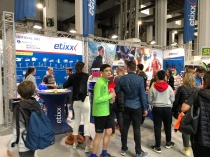 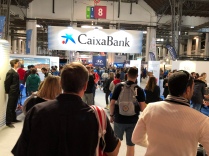 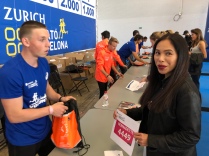 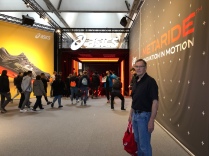 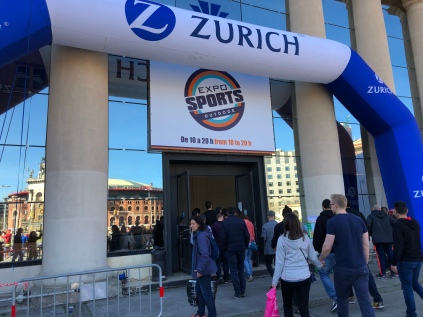 There were lots to see and do at the expo. We took advantage of the free photos at the ayuntamiento booth. 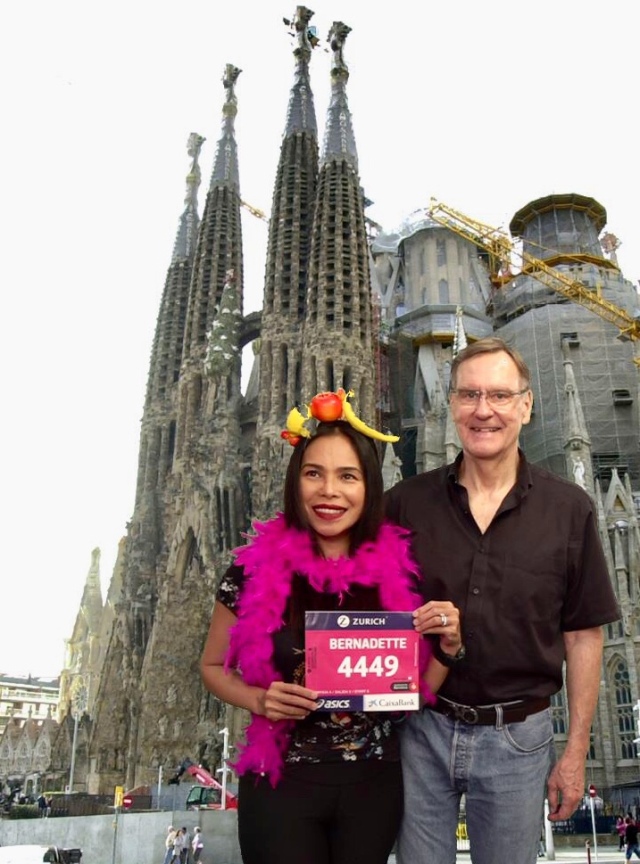 The goody bag contained the race shirt, running magazines, a pack of peanuts, and a rubber bracelet. 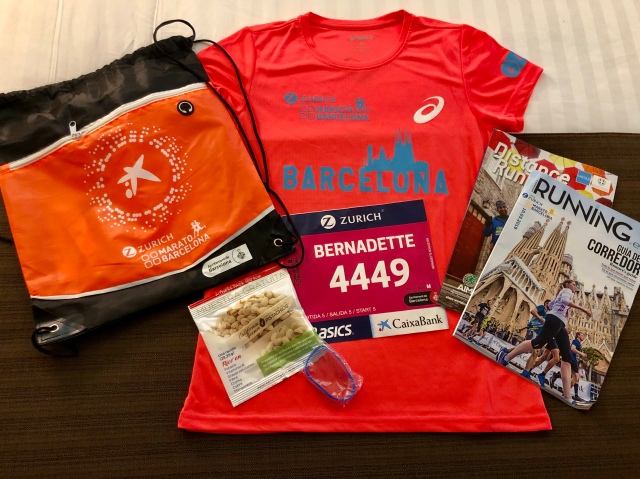 I booked us a tour of the Sagrada Familia Basilica in the afternoon as suggested. The low sun made all the colors in the stained windows pop even more. The brilliance of the architect was impressive.

We then made our way to Las Ramblas street to visit their famous market. 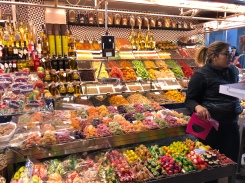 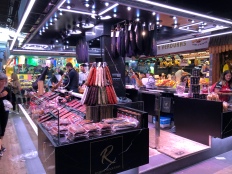 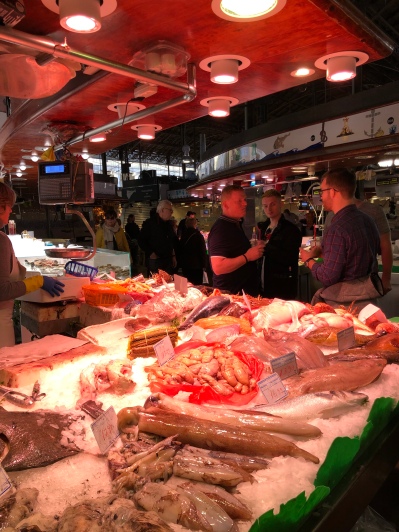 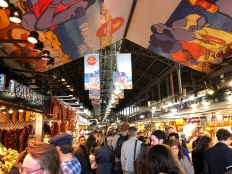 We were famished after seeing all the fruits and foods at the market and ordered paella at one of the restaurants.

It just so happened that the street was holding its own carnivale. 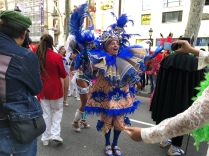 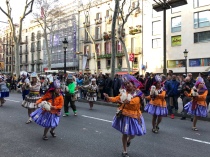 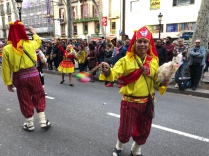 The carnivale lasted well into the early evening. We caught a subway back to our hotel and called it a night.

The race started on Sunday, March 10, 2019 at 8:30 AM with a six hour time limit. Start and finish line was at the same area in Avinguda Maria Cristina. The area was already crowded when we arrived. Our pre-race photo was taken in front of the Magic Fountain. 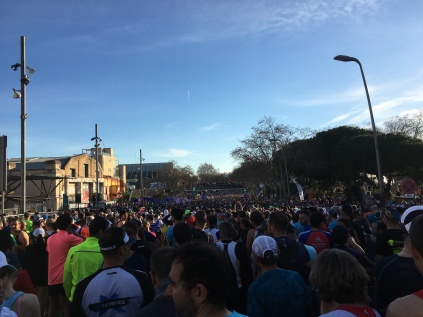 As always, Barcelona lived up to expectations. We passed several of Gaudi’s buildings including the Casa Mila and the Sagrada Familia, the beach front roads and the Arc de Triomf, before making our way back to Plaza Espanya and the Museu Nacional d’Art de Catalunya. I saw a friend in the crowd. He is British and has completed 1,300 marathons and counting! 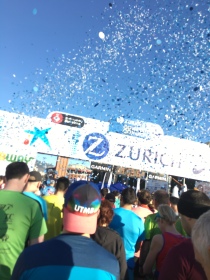 Food and fluids were plentiful at the aid stations. Music was everywhere. 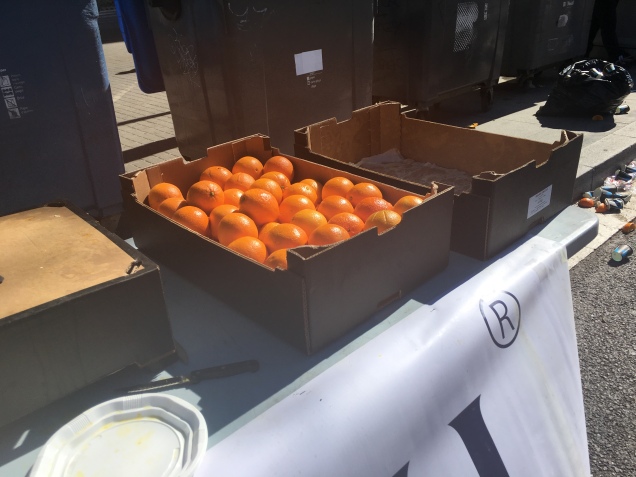 I crossed the finish line and made my way back to the hotel to take a shower and get our luggage. 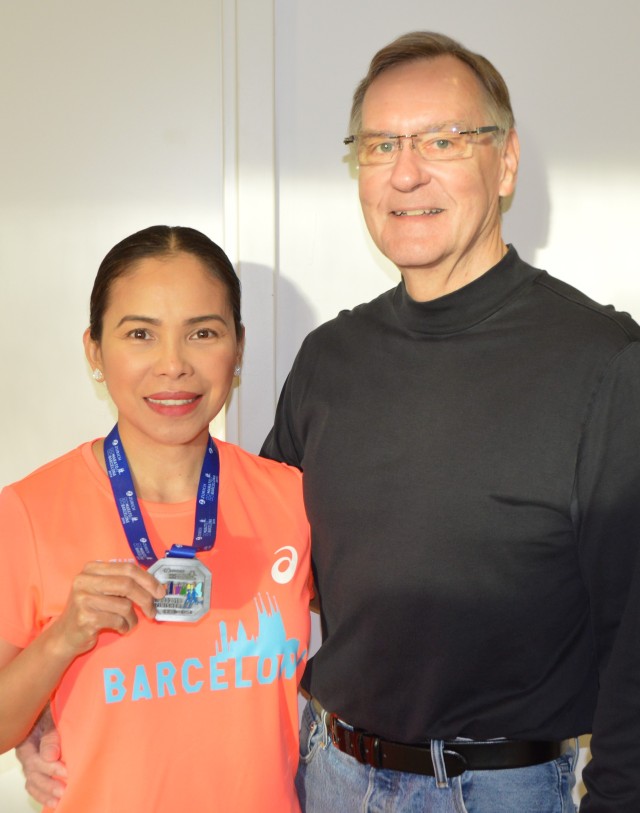 Like Loading...
This entry was posted in Marathons, Race Reports, Things to Do and tagged Barcelona Marathon race report, Zurich Marato Barcelona 2019. Bookmark the permalink.