The view along the old river in Leiden

Leiden is a an old Dutch city in the South Holland province of The Netherlands. It is known for being the home of the oldest university in the country and the birthplace of the old master Rembrandt Hermenszoon van Rijn, considered as the greatest artist of Holland’s golden age.

The drive from our house to Leiden was only a little over two hours (257 kilometers) on a lazy Saturday on May 20, 2017. We left the house before noon and arrived at the recommended car park on Haagweg. This car park was outside the closed race route and allowed us to leave as soon as I finished the Leiden Marathon 2017.

It was an easy 10 minute walk to City Hotel Nieuw Minerva that is located right by the canal of the historic city center. The hotel is spread over six 16th-century canal houses. The hotel offers a room with a bed where French emperor Louis Napoleon actually slept in! Too bad it was unavailable when we were there.

Richard took photos of the activities at the canal as seen from our room. 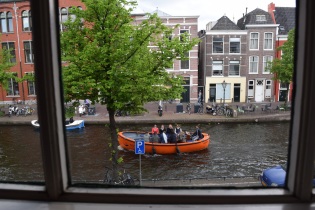 We walked to Pieterskerk to pick up my bib. Pieterskerk is a former Catholic church deconsecrated in 1971 and currently used as an event hall. 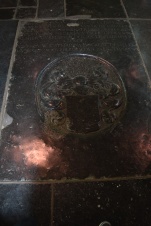 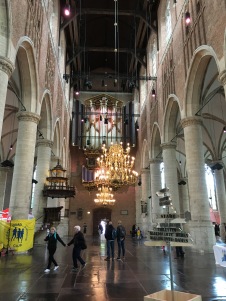 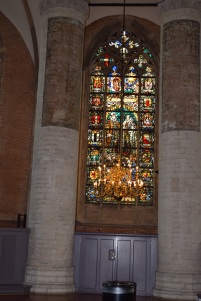 The race was 40€ for those who registered online early, 45€ or 50€ depending on the date of the online registration. 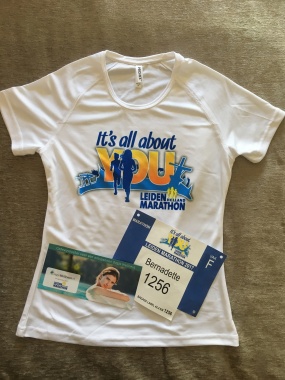 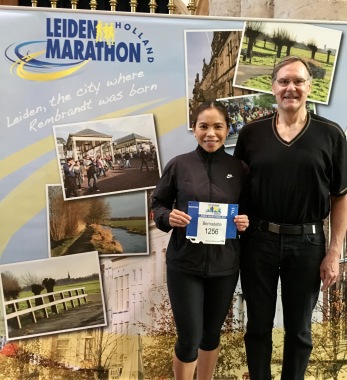 We strolled along both sides of the canal afterwards where the Saturday market was in progress. 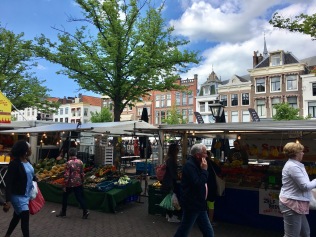 We stopped for a photo op in front of Visbrug (fish bridge) and Koornbrug (grain bridge), two historically important structures in a country of bridges. The 12th century Visbrug was the key to the town’s defense while Koornbrug is the epicenter of the current Saturday markets. 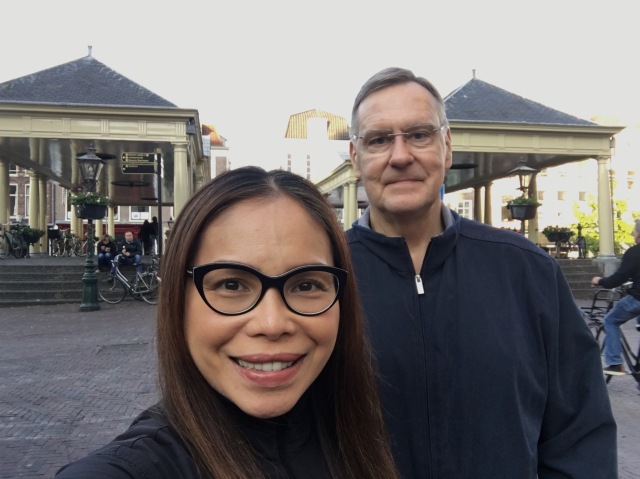 We ordered pasta and pizza for an early dinner at the Italian bistro in front of the City Hall a few steps away from our hotel. 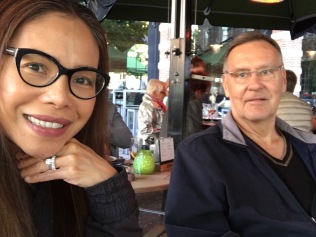 The race on Sunday started at 10:30 AM on the Breestraat a block away from the canal street. The marathon has a six-hour time limit. 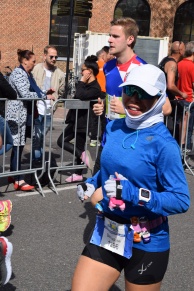 The course was beautiful with lots of things to see. It was also warm and I was glad they provided sponges to cool us down. 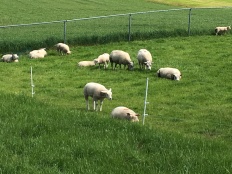 I crossed the finish line in front of the city hall.

We walked back to the hotel so I could clean up before we drove back home.

Like Loading...
This entry was posted in Marathons, Places to See, Race Reports, Things to Do. Bookmark the permalink.