This was our first visit to Lithuania, one of three Baltic states that were formerly under the Soviet rule. It was not that long ago that the country became the first member of the Soviet Union to break away in 1990. In 2004, Lithuania joined the European Union and NATO.

We took the two-hour Brussels Airlines flight to Vilnius on September 8, 2017. Vilnius International Airport is small but very modern. The taxi ride to the Cathedral Square was 18 euros and took a few minutes longer due to the rush hour traffic. The sport expo was at the center of the Old Town, a UNESCO World Heritage protected area. 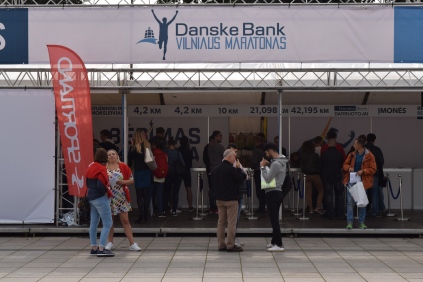 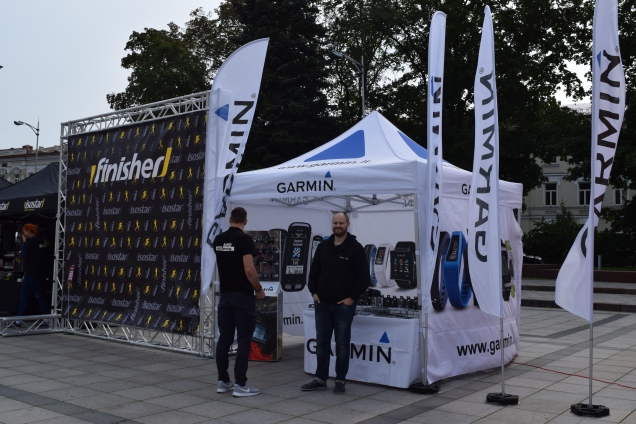 The sport expo which was open until 8:00 PM did not have many exhibitors but the goody bag was packed full of excellent giveaways. Online pre-registration for the marathon was 45 euros.

The Cathedral Square was only two blocks away from our hotel Congress Avenue Hotel.

We could see the historical buildings from our hotel room. The building across our hotel was a high-end mall. 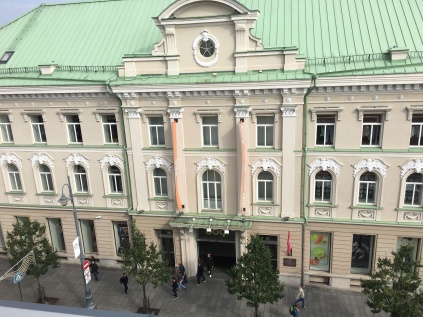 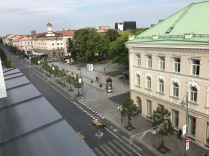 Dinner was also across the street at the trendy Carte Bar and Lounge. 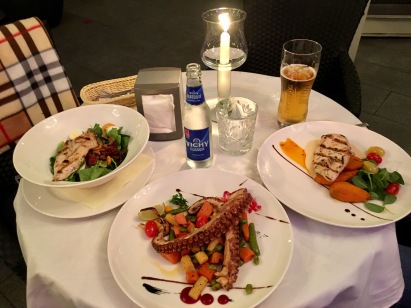 Saturday was a leisure day. A languid breakfast at 8:30 AM fueled us for a walking tour of the former Soviet city. 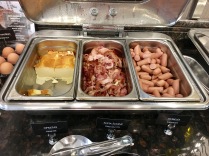 I went for a short four-mile run by the river before we set off to see some of Vilnius’ tourist sights. The Three Muses is a sculpture atop a theater building near our hotel. We paused for a photo at the Cathedral Square which was the epicenter of the marathon.

Continuing our walking tour, we trekked up to the Hill of Three Crosses. We were rewarded for enduring the steep steps with a commanding view of the Old Town. We could see Gediminas’ Tower from our vantage point. 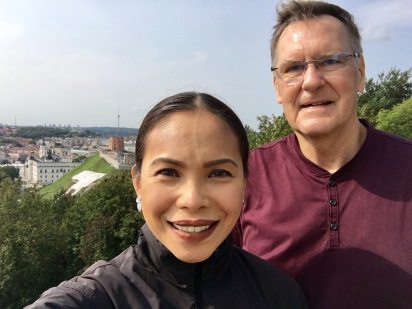 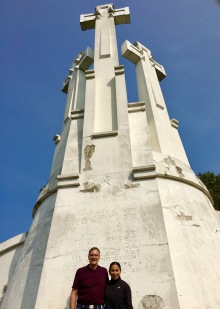 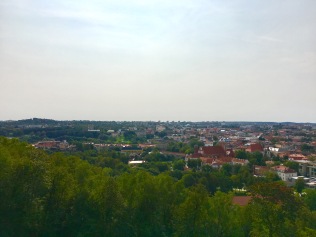 We walked back to the hotel to stop at St. Anne’s Church and take a photo of the Orthodox Cathedral. 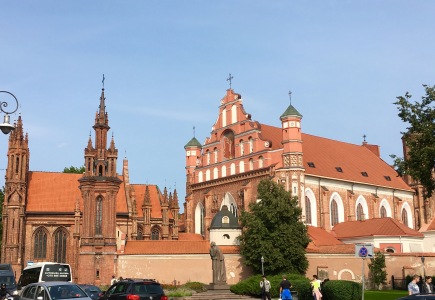 The free pasta party started at 2:00 PM at the Cathedral Square.

We came back to the road in front of our hotel blocked for a commercial shoot.

We loved what we ate last night at Carte so we were back for more! Creme brulee for dessert was our choice this time. Eating out in Vilnius is definitely cheaper than where we live.

Race day was on Sunday, September 10, 2017. The start and finish line was at the Cathedral Square. The marathon and half marathon runners started at the same time at 9:00 AM. Marathoners had to do two loops within the time limit of five hours and 30 minutes.

The course led us to streets with interesting, possibly Soviet era buildings. 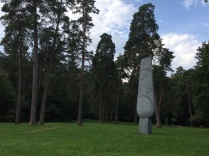 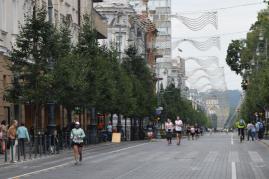 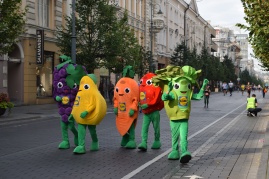 What I love about this marathon is that they scheduled several running events throughout the day. I crossed the finish line when the elite runners of the 10K race were also coming through. The finish line was jam-packed with family and friends waiting for their runners. Later that afternoon, a giant mass of runners took off for the family fun run.

I also appreciated the fact that the organizers thoughtfully provided a shower truck for all runners to use. The Hans Grohe truck was spacious and luxurious with hot and cold water. Richard was already checked out of the hotel so I showered and changed in the shower truck before going back to the hotel to wait for our airport shuttle pick-up. The cost to go back to the airport was cheaper at 15 euros. 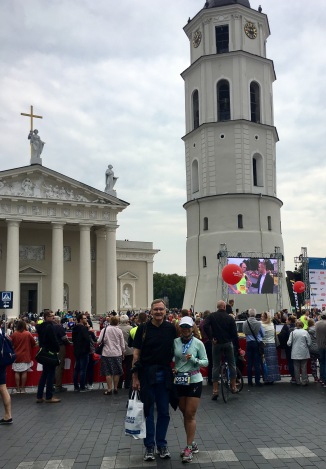 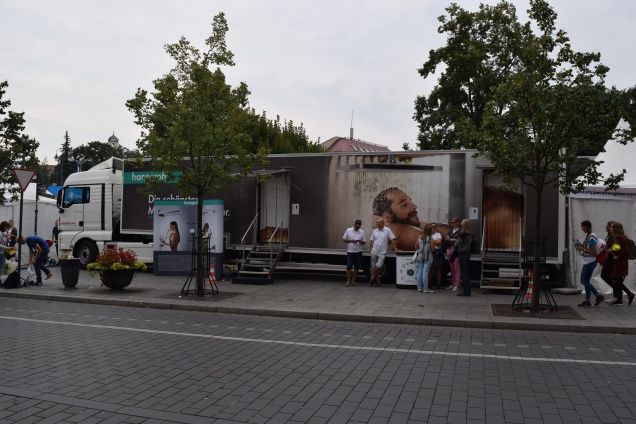 We took the Brussels Airlines flight back home that evening at 6:15 PM, arriving in Brussels at 7:40 PM.

Like Loading...
This entry was posted in Marathons, Places, Places to See, Race Reports. Bookmark the permalink.