The city of Eindhoven may not be as famous as the tourist magnet Amsterdam, but it is the fifth-largest city in The Netherlands, home to multinational lightbulb company Philips and the capital of Dutch industrial design.

I did not consider running in Eindhoven until my colleagues at work talked about it while we were in Ljublajana in May, 2017. We encouraged each other to register for the race and run as a team. In the end, only the principals from the British and Canadian Schools ran the Eindhoven Marathon 2017 with me on October 8, 2017. We  started at the same time but finished at different times. 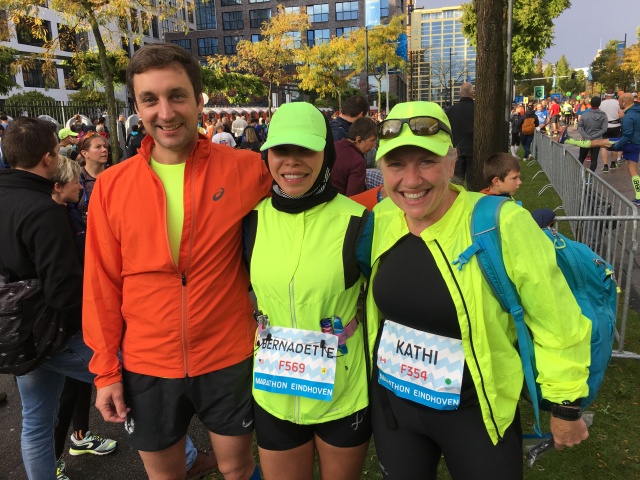 We took off for Eindhoven in the afternoon of Saturday, October 7th. The drive was two hours and fifteen minutes along the motorway, quick and easy. Richard parked our car by the Stationsweg parking lot at the train station and walked the few meters to our hotel, the Hotel NH Collection Einhoven Centre.  The parking lot is right outside of the restricted area for the marathon and would allow us to leave as soon as I finished the race. My colleagues left for Eindhoven the night before, opting to do some sightseeing and relaxing before the big day.

The hotel is part of the NH Collection chain, beautiful and strategically located in the heart of the city. 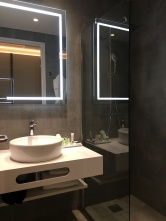 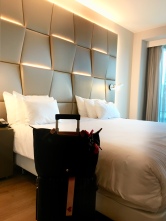 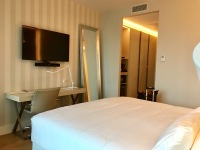 We dropped our luggage and made our way to the expo to pick up my bib at Beursgebouw 500 meters away on foot. The race registration fee was 70 euros when I registered online a few months back, and included the race shirt. 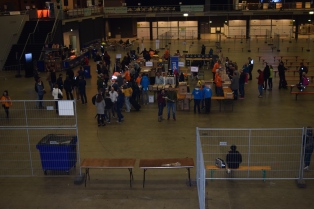 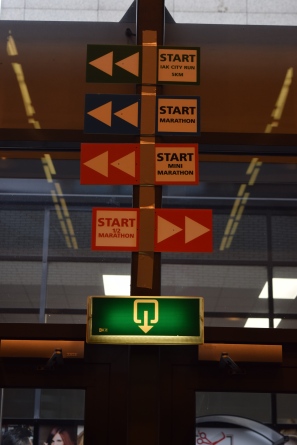 Bib in hand, we walked around the city center and had an early pasta dinner at Zoet a Zout.

Richard and I actually registered for the 5K4ALL that evening but we missed the start time. We thought the start time was 8:30 PM as published on this page, but it was actually 7:50 PM on this page. We showed up at 8:15 PM at Mathildelaan, only to find out the event started earlier. Arrghh! The organizers should check for these inaccuracies. We still wanted to do the walk, but the marshalls would not let us start that late. Oh well, lesson learned. Check, double check, and triple check the start times. Good thing it was just the 5K and not the actual marathon that we were late for! We dejectedly walked back to the hotel and called it a night.

We woke up early the next day, and the breakfast spread sort of made up for the frustration from last night. They had the bubbly available for breakfast! 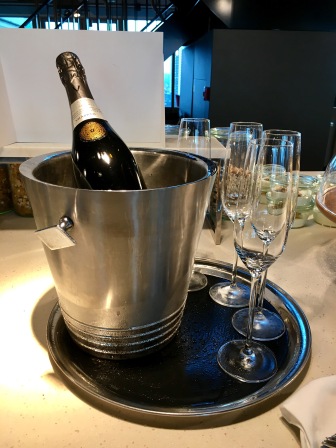 The breakfast room was at a high floor, and offered a great view of the city.

I readied for the race and walked to the start line at Mathildelaan. My colleagues found us and we posed for very important photos to document the three of us actually at the race, and make our other colleagues envious! This was the first marathon for both my colleagues; we were all so excited to just be there together to do this epic event! 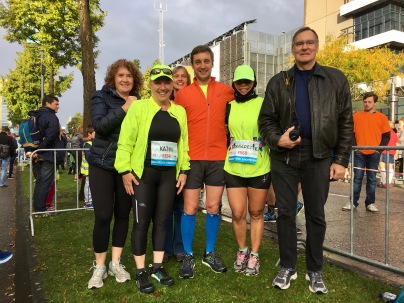 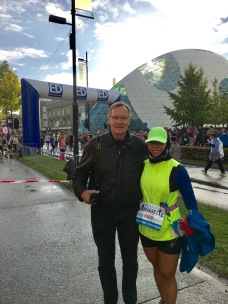 The marathon started at 10:00 AM with a six-hour time limit. Yup, I checked several times and made sure it was indeed a 10:00 AM start, not earlier or later.

The course was flat and fast, though that does not make a difference in my finish time. I run according to what I feel. I did finisher a bit faster this time (5:07). Maybe it was because I was running with friends? What was different with the race was the kilometer markers. They counted down, instead of up. The half marathoners started in waves between and 2:00 PM and met us halfway into the course, serving as our pacers to the finish line. 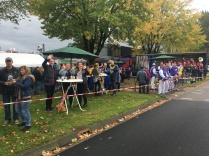 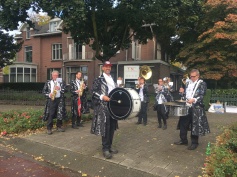 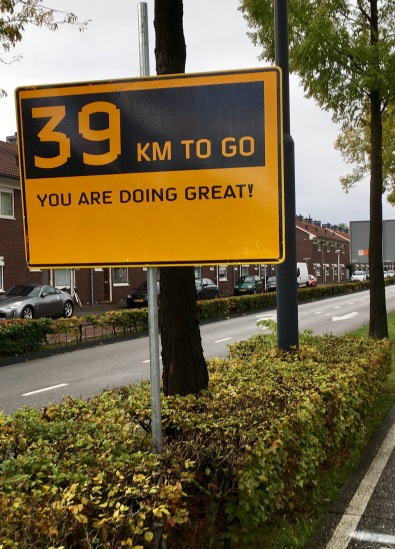 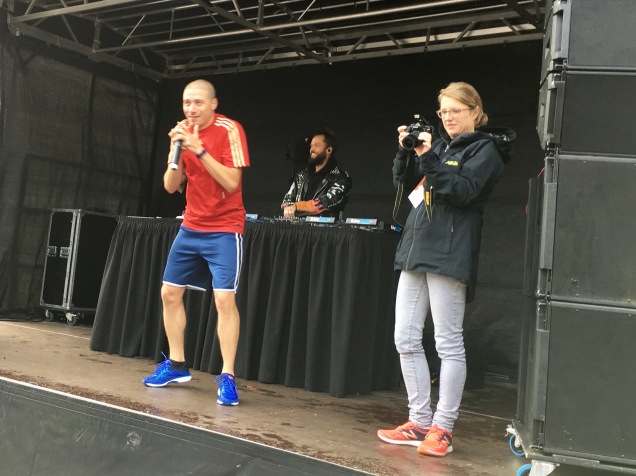 One finished way ahead of me, and I finished ahead of my other colleague. The important thing was we all finished within the cut-off time of six hours without any injuries.

Richard spent the time waiting for me and taking photos of the interesting places nearby. 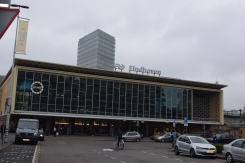 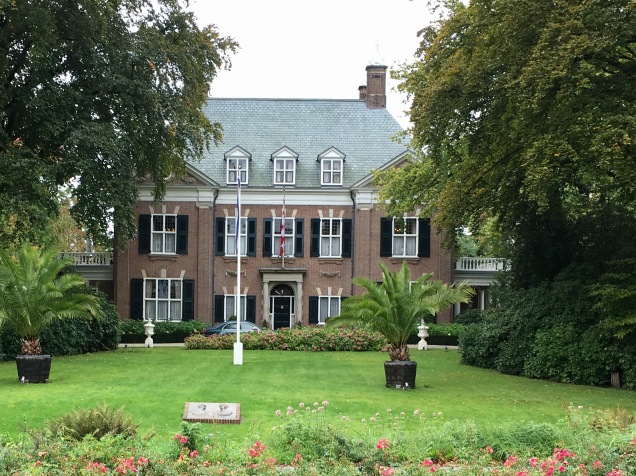 He was at the finish line at Vestdijk which was literally in front of our hotel.

We had a late checkout so I showered quickly and we were on our way home to Belgium.