Sikhs in the City Dawn to Dusk Marathon and Ultra 2018

At 106, Fauja Singh is considered the world’s oldest marathon runner!

Sikhs in the City Running Club is one of the many racing clubs in the UK formed by runners for runners of all abilities. What makes this group special is that it is the home club of the world’s oldest marathon runner. At 106, Fauja Singh still runs and shows up at the club races. He ran a few laps of the course while being interviewed by a filming crew. 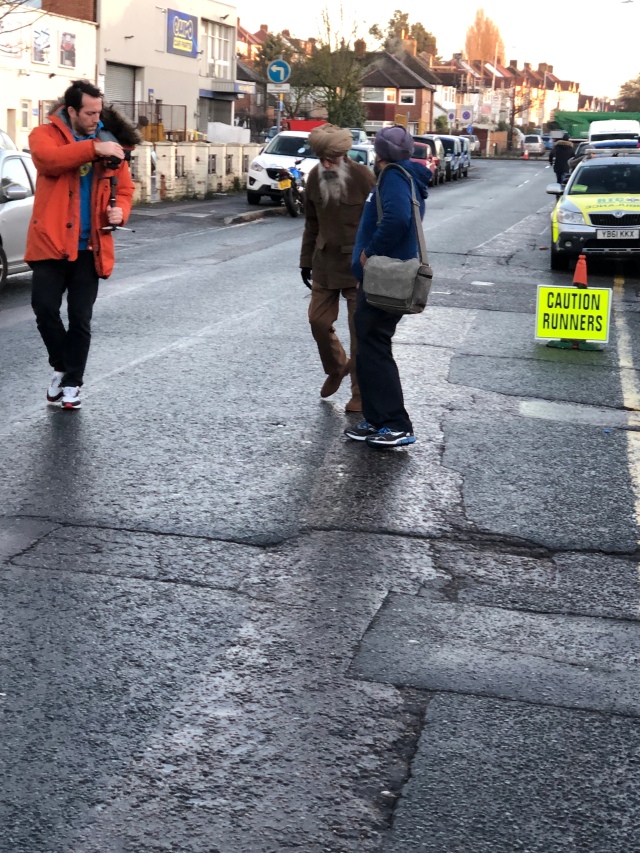 I actually was expecting just a low-key race and was pleasantly surprised to meet the running legend! I was starstruck and just had to have our photo taken with him after the race. 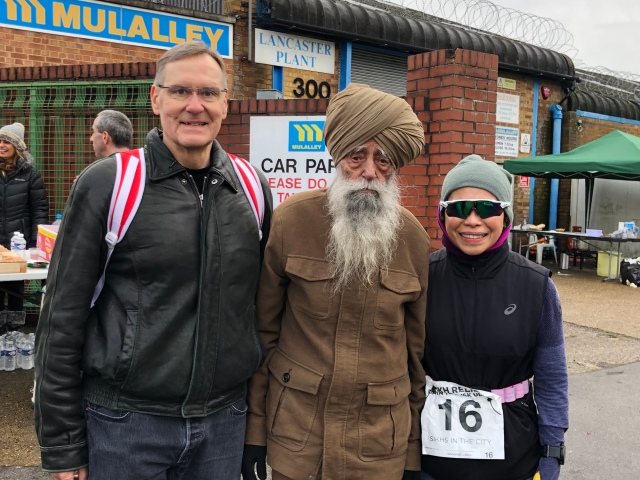 We took the 8:52 AM Eurostar train from Brussels to London St. Pancras on Saturday, December 16, 2018. Upon arrival a little before 10:00 AM, we took the underground train to Liverpool Station, then switched trains and got off at Redbridge. The train time from St. Pancras to Redbridge took just half an hour.

Our accommodation for the weekend was the Premier Inn at Ilford just across the Redbridge train station. 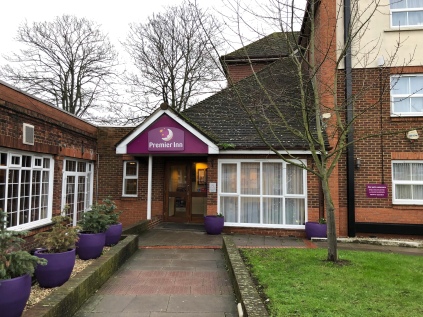 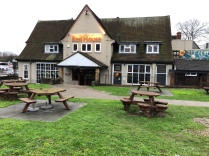 We were too early for check-in but thankfully they allowed us to check in already. The room was nice, clean, and warm.

We had a quick lunch at the Beefeater Red House Grill and took a walk around the area. Before long, it was dinner time so we went back to Beefeater and had pasta for dinner. 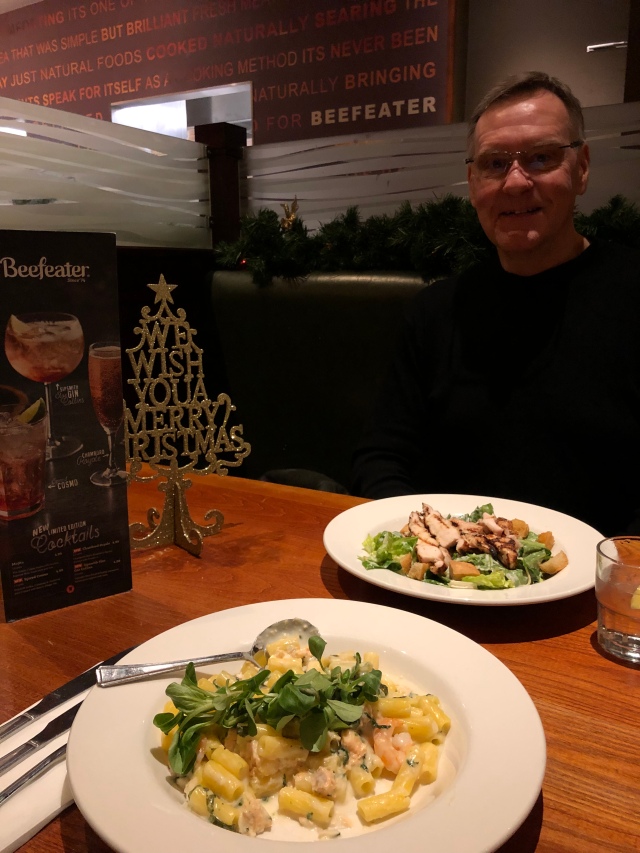 Breakfast at the hotel started at 7:30 AM so I just ate some sandwiches we bought at the train station. Richard returned after dropping me off to have breakfast. Breakfast was at Beefeater and they serve veggie sausages. 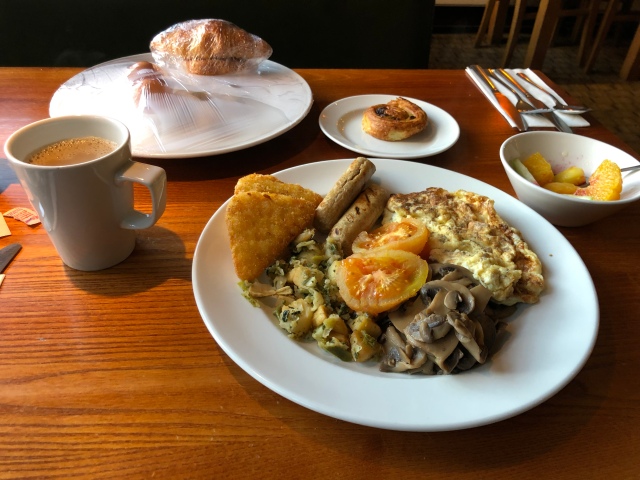 The bib pickup as well as the start and finish line for the Sikhs in the City Dawn to Dusk Marathon and Ultra was at Mulalley and Co. premises located at Southend Road, Roodford Green 1G8 8FA. It was only a 1.1 mile walk away from the hotel.

There were already many runners waiting for the start time when we arrived. 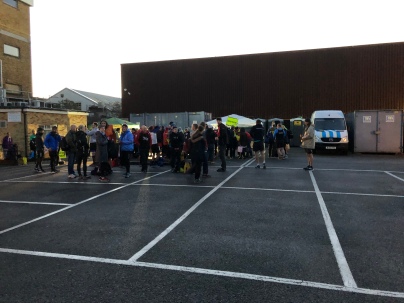 The race was a multiple lap course around the industrial block. The lap was officially measured at 2.014K and known as Mr. Singh’s training course. The race started at 8:04 AM and officially ended at 3:54 PM. Runners have the option to run the half marathon, marathon, or ultra marathon distance until the cut-off time.

The aid station was at the race headquarters where they served water and isotonic drinks as well as some nibbles.

I was cold in the beginning but discarded my jacket after a few laps. We had to do 21 laps for a marathon or 25 laps for an ultra with the race chip keeping track of the number of laps. Registration was 35 pounds.

It was only a block course but it had elevation. We ran on the sidewalk the whole time. Richard was able to encourage me several times during the last few laps.

I took my time and finished in 6:08:33. I received my medal from one of the volunteers and he directed me to the next tent for the goody bag. 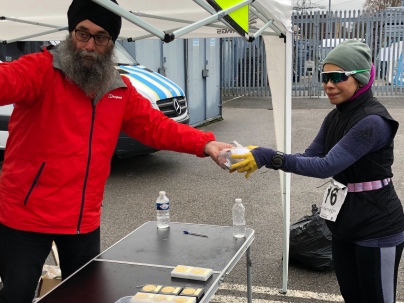 Richard and I walked back to the hotel where I changed before catching the train back to St. Pancras.

We were back in the hustle and bustle of St. Pancras and waited to board our 19:34 PM Eurostar train back to Brussels.

Like Loading...
This entry was posted in Marathons, Places to See, Race Reports and tagged Siks in the City Dawn to Dusk Ultra. Bookmark the permalink.