The Phoenix races have become convenient for racking up marathon medals. After the back to back marathons in December 2017, I signed up for a triple marathon this year. What was exciting this year was Richard’s participation in the shorter distances.

We were already on winter break so I had no problem booking us on a 14:56 Eurostar train to London on Thursday, December 2, 2018. The UK is an hour behind Belgium so when we arrived at Saint Pancras International Station, it was only a few minutes past 16:00. We caught the Victoria underground to Vauxhall where we switched to a train for Walton-on-Thames.

Our home for this weekend was The Weir Hotel and Pub along River Thames. We had a quick dinner and went to bed early in preparation for the first marathon the following day.

We woke up early to this view from our hotel room. Cold, bright and sunny.

After bib pickup and race briefing, we trooped to the starting line in front of The Weir. The race started at 9:00 AM in the direction of Hampton Court. This route and direction was my first and I must say I love it! No blue bridge and a wider tow path. Yes, the path was busy with walkers and their dogs but it was generally flat and the ground was solid. 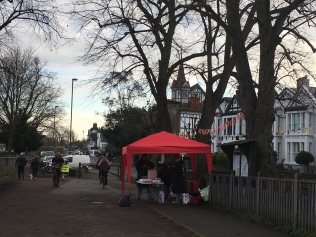 Since it was my first time to run this way, I took some time to take some photos. 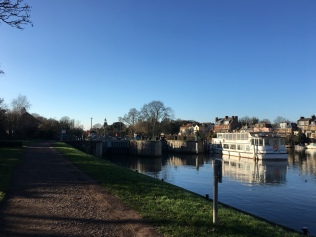 We had to complete four laps for the marathon distance. I completed mine in 5:58:03. 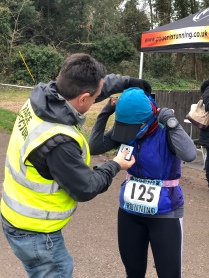 We were literally at the hotel at the finish line so all we had to do was enter the pub to get to our room on the next floor. One down, two to go. I immersed myself in a bath to soothe the niggles. Dinner was chicken burger.

The second day was for Frozen Phoenix Marathon Day 1. I signed Richard up online and reminded him he can do as little as one lap and he would be considered a finisher and he gets a medal. Richard went on to complete two laps for a 10K distance! 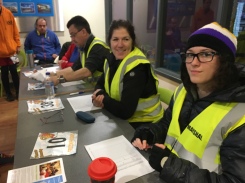 We all started at the same time at 9:00 AM and we were headed in the direction of the blue bridge. Ah. . . not my favorite course but I can live with it. Richard took a photo of the favorite spot of the swans and the ducks and the Walton Running Club. The club is always busy in the morning for rowing practice but clears out by noon. 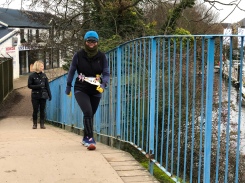 The final day was for Frozen Phoenix Marathon Day 2. I also signed Richard up for this race. 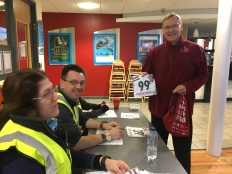 He felt good after his 10K distance and proceeded to complete four laps for a half marathon distance! I am so proud of my husband. He soldiers on. He did not have any music to distract him and did not take any refreshments. I need to remind him that drinking water and having a bite is part of the racing strategy.

Took a photo of Richard in action.

I was already tired when I toed the starting line but I surprised myself and finished just a teeny bit faster this time at 6:09:04. 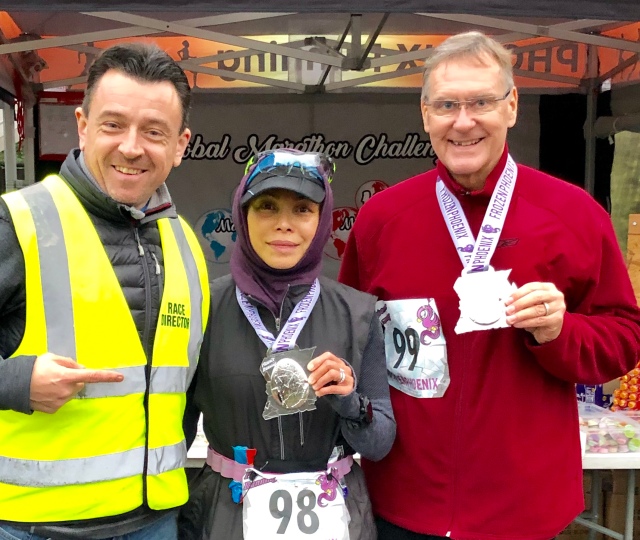 I was very pleased with our medal haul for this trip! I especially love the peek-a-boo design of the Frozen Phoenix medals. 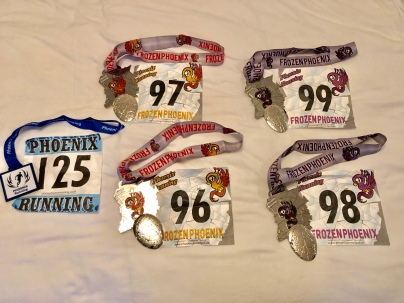 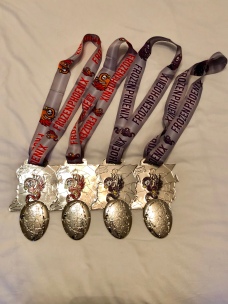 We stayed one more night at the Weir and checked out the day after to spend New Year in London.

Breakfast at St. Pancras International Hotel made for a power day. 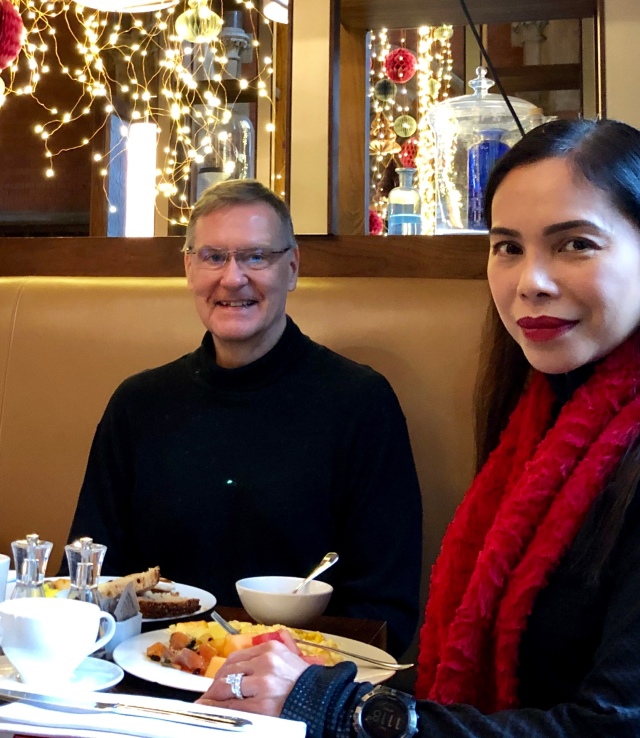 We played tourists and had our photo taken in front of the Tower Bridge. 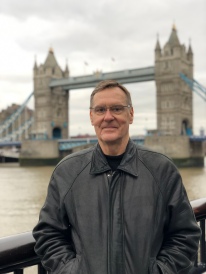 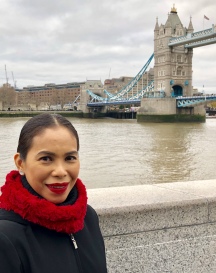 Like Loading...
This entry was posted in Marathons, Places to See, Race Reports, Uncategorized. Bookmark the permalink.