The Rathaus or the Town Hall of Hannover, Germany.

The HAJ Hannover Marathon 2019 was a race that lived up to the organization and precision that Germans are known for. It was very well organized, fast, full of spectators, and with lots of entertainment along the way.

It was the journey to and from the race that was a headache to deal with. Our Jurbise station was undergoing some train work but we anticipated that. We took the bus from Jurbise to Braine-le-Comte where the train took us to the Brussels Midi station. We were early so we had a waffle breakfast at one of the restaurants outside the station. When we went back, we saw that our train to Cologne was not running that day. We did not panic but did have to seek out assistance at the customer service center. They told us to take the local train to Verviers Central, transfer to another train to Aachen, take the connecting train to Dusseldorf, then finally to Hannover. Argh! The trip took more than seven hours!

We arrived in Hannover and checked in immediately at the Crowne Plaza, a short walking distance from the train station, to drop off our luggage. 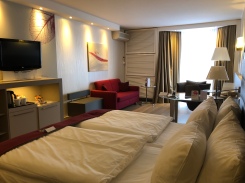 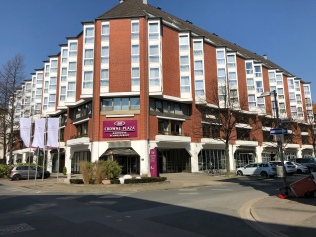 The bib pick-up was at the Rathaus or the Town Hall. We took the subway and picked up the bib with just a few minutes left till closing time.

The goody bag contained the bib, the race shirt, a sponge, two energy gels, and a rubber bracelet.

Relieved, we made our way back to the hotel. Dinner was at one of the restaurants at the train station. I ordered a yummy banana shake together with my salmon curry. 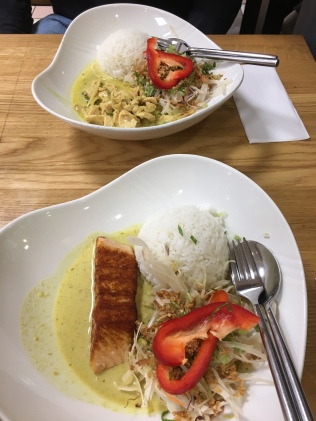 We woke up early to have a leisurely breakfast. Lots of good choices and they had sparkling wine! 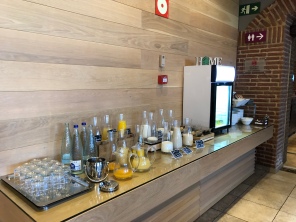 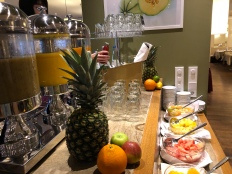 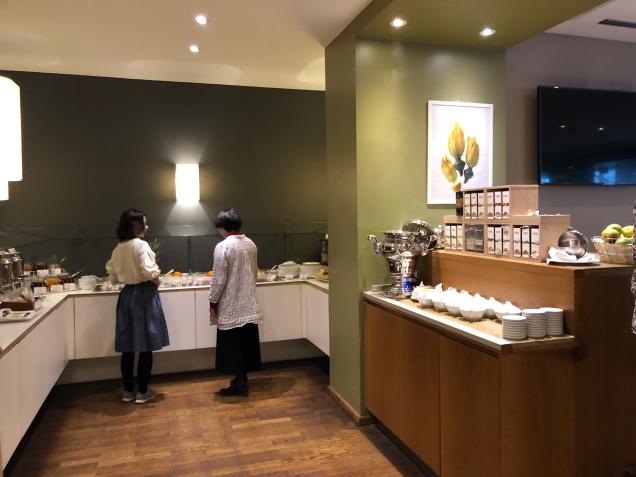 The marathon started at 9:00 AM with a time limit of six hours. The start and finish line was also at the Rathaus. 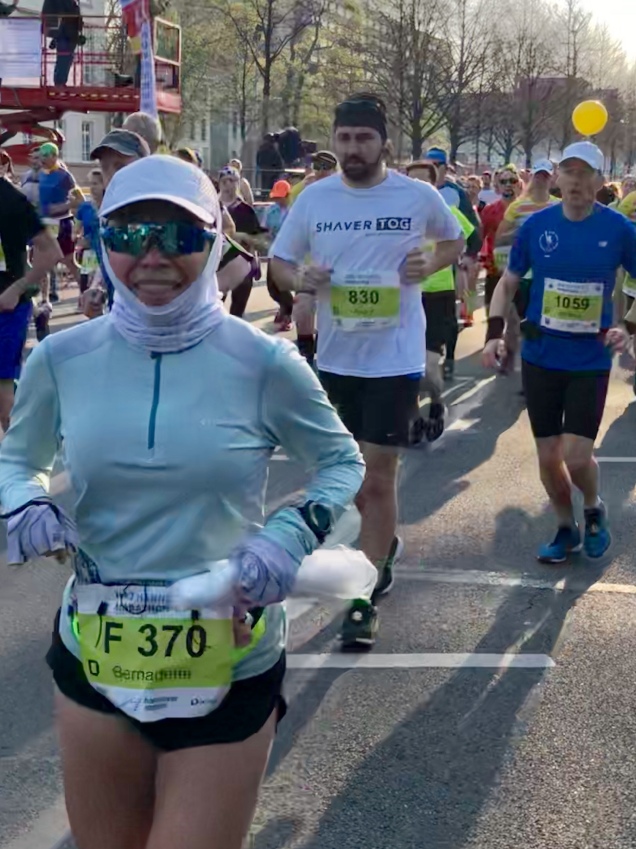 Richard went inside the Rathaus and took some photos. 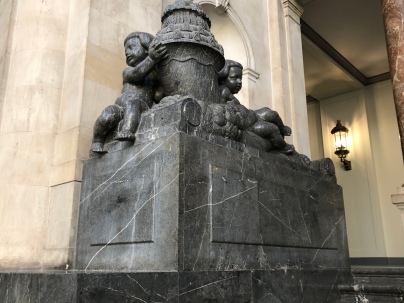 The area was an activity hub with lots of food choices and activities for spectators. 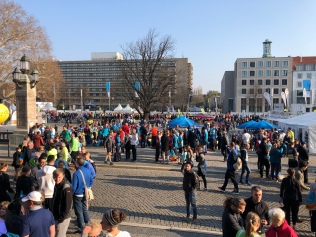 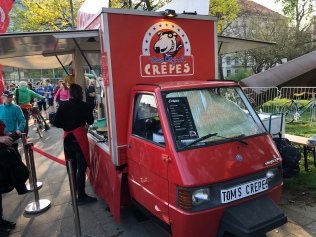 He also took photos of the surrounding areas. 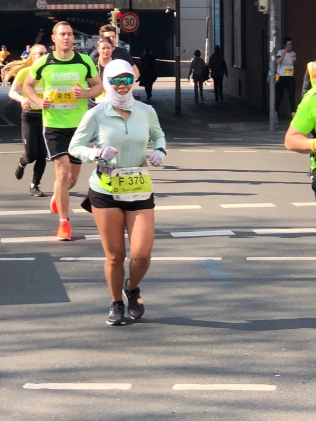 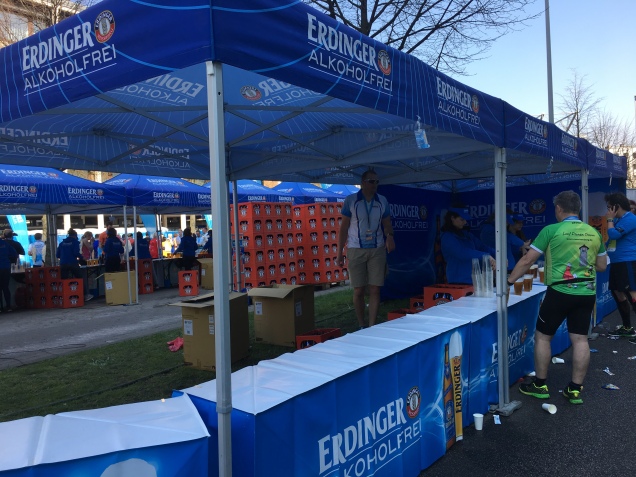 We were already checked out of the hotel by then. I took a shower at the hotel’s fitness center and posed for a post-race photo at the hotel lobby before we made our way to the train station.

We had time to spare so we picked up freshly made sushi at one of the restaurants. 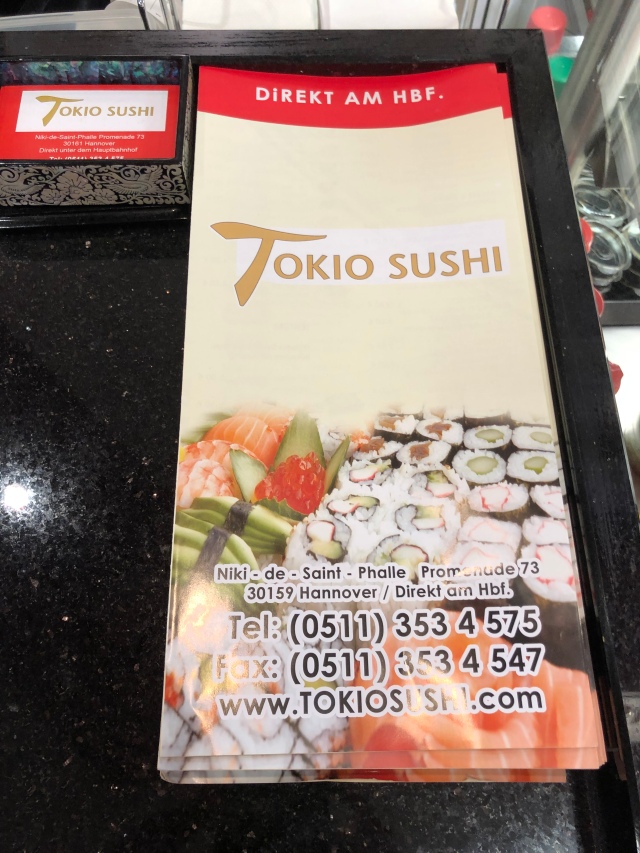 Of course, our train trip home was no less complicated than the travel to Hannover. Our 4:10 PM train was delayed in arriving at the Hannover Hauptbahnhof so we did not make our connecting train at Cologne. There were several of us going all the way to Brussels Midi. The train conductor told us to get off at Dusseldorf. It was in reverse but the exact same route the day before.

We finally arrived home closer to midnight. Quite a trek, but getting the Hannover finisher’s medal made up for it.