The start line at the Stormont estate in Dublin, Northern Ireland.

The Deep River Rock Belfast City Marathon 2019 completed the challenge I set for myself in running a marathon in each of the four countries of the United Kingdom (England, Wales, Scotland, and Northern Ireland).

We took the train from Jurbise to Brussels Midi to Amsterdam Schipol Airport station after work on Friday, May 3, 2019. It was a short walk to Citizen M Airport Hotel for an overnight stay. The room was compact but comfortable. We were up early on Saturday to catch our easyJet flight to Dublin at 9:40 AM.

Arriving at Dublin required a stamp on our passports. After going through immigration, we took the Airport Express bus to the city center. Bus 300a let us off at Belfast Europa Bus Center and took about an hour, 11 pounds return.

We walked the short distance to Hilton Belfast Lanyon a kilometer away. 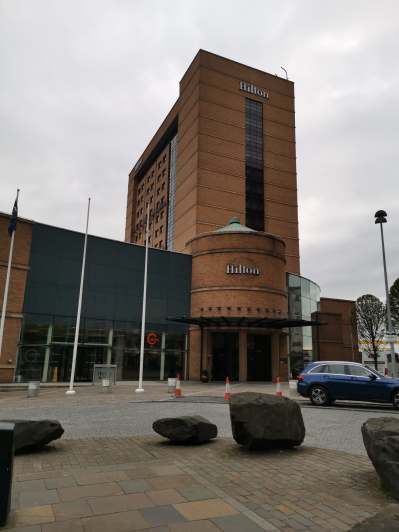 They already mailed me my race bib so we did not have to worry about going to the race expo. Instead, we walked around the nearby area to see the city center. 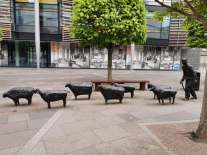 We had a late lunch and dinner at St. George’s Market a block away from the hotel.

A shuttle bus at Belfast City Hall picked up runners from 7:00 – 8:00 AM on race morning which was Sunday, May 5, 2019. The city hall was just around the corner from our hotel. 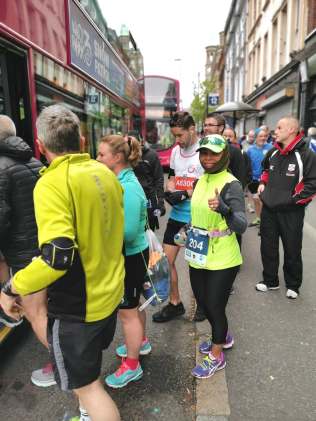 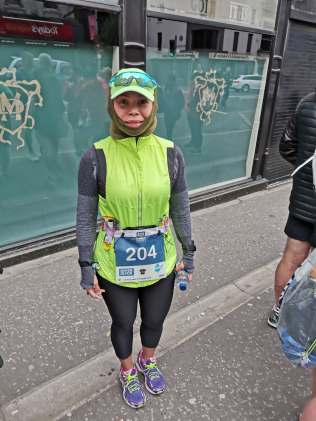 The start line was at the Stormont estate.

We took off at 9:00 AM. The race had a six hour time limit with the finish line at Ormeau Park.

The course had the usual refreshments at the aid stations. The weather was cool so I was bundled up but other runners were running just wearing their singlets. 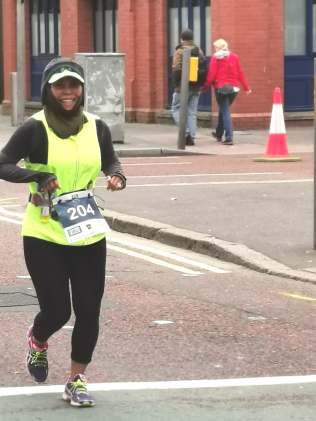 This year’s marathon made headlines in the country because the course was longer by 500 meters! Apparently the lead vehicle took a wrong turn and took us out of the race course before getting back on. Ah! Good thing they adjusted my official time from 5:52:28 to 5:47:55.

Buses were also available to take us back to the city center. Richard was already checked out and waiting for me to take the same bus 300a back to the airport for our flight at 18:45.

Arrival at Amsterdam Schiphol Airport at 21:20 meant we couldn’t make the connecting train to Brussels Midi. We had a private car pick us up to take us back to Jurbise station where we left our car. 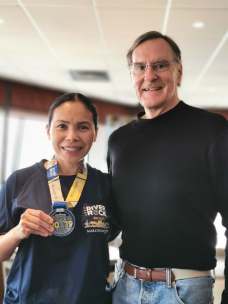