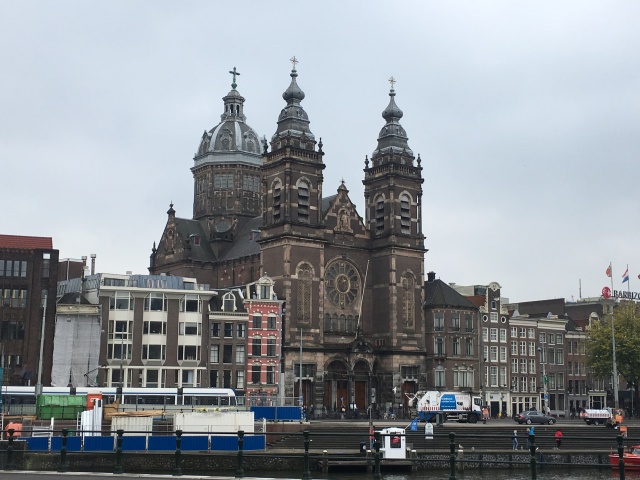 The Church of Saint Nicholas is an imposing sight greeting visitors arriving at the Amsterdam Central Station.

This is my third time to run the TCS Amsterdam Marathon on Saturday, October 16, 2016 so we knew what to expect of the travel and the race. Richard and I are also already familiar with the city and had some logistic plans in place.For this trip, we traveled by train from the Braine-le-Comte station and left our car in the pay parking lot. We switched trains at the Bruxelles Midi station to the intercity line going straight to Amsterdam Central station.

We left at 11:00 AM and arrived in Amsterdam at around 3:30 PM. From the central station, we took tram 24 at tram stop number 10 in the direction of VU Medisch Centrum and got off at Amstelveenseweg 25 minutes later. You can buy a 1-hour ticket for €2.90 or a 24-hour GVB day ticket for €7.50. The transportation ticket is good for travel on all GVB trams, buses and metros.

The marathon expo was at the Sporthallen Zuid next to the Olympic stadium. There were lots of exhibitors and visitors on a Saturday afternoon even past the event’s high pedestrian traffic hours. I got my bib and my finisher shirt, posed for the regulatory bib photos, and were on our way to our hotel. 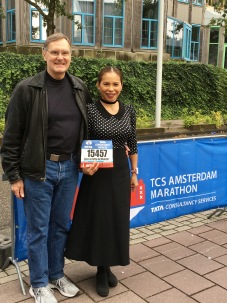 The Crowne Plaza Amsterdam South Hotel was conveniently located just one stop away on the metro from the start and finish line. According to Google maps, it was only a 25-minute walk to the hotel from the expo site so we decided to walk it. Not a good idea. We ended up walking for a few meters on the motorway to get to the other side due to the construction which closed off some roads.

The hotel itself was very nice. It was located in the business center, probably extremely busy during the week but a dead town during the weekend. We had a nice view of one of the many canals Amsterdam is known for. 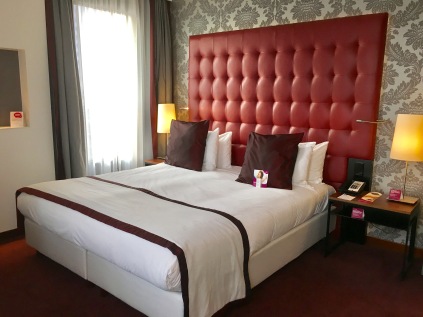 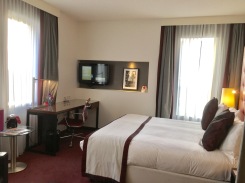 By nightfall, we were ready to have dinner. The metro stop Station Zuid was just a corner away from our hotel. We took Metro 51 in the direction of Amsterdam central station and got off at  Nieuwmarkt. Amsterdam habitues will know this area as the famous red light district. We had dinner at a corner Thai restaurant before walking around. The area is very crowded and yes, there were lots of very interesting window displays! No photographs allowed so you just have to come and visit to see what we saw. 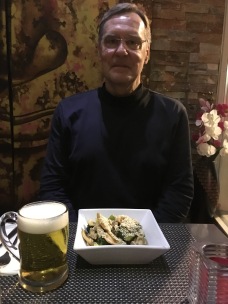 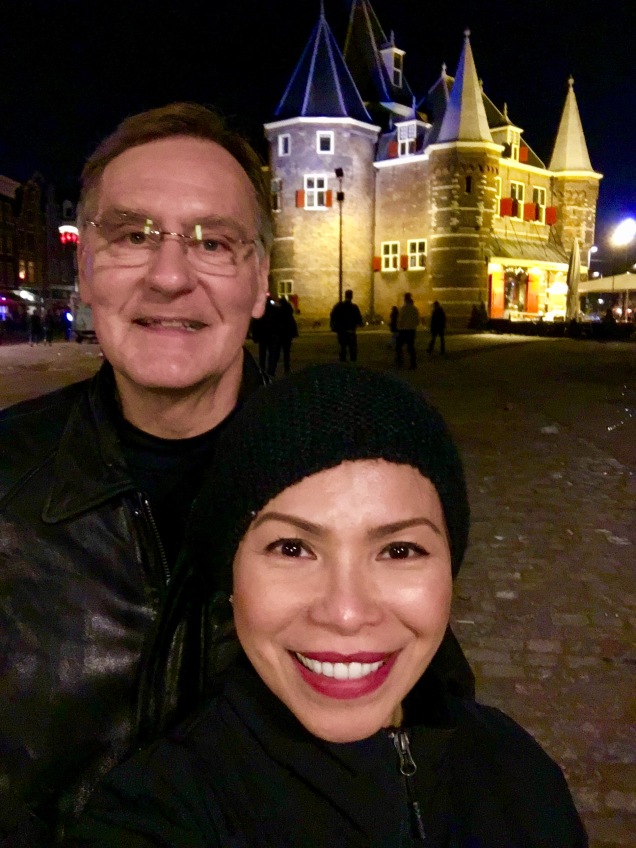 Sunday dawned with the promise of good weather. We woke up early to have a leisurely breakfast before getting ready for the race. We rode metro 50 and got off at Amstelveenseweg and walked the rest of the short way to the Olympic stadium. They encouraged the 16,500 marathoners to be there by 8:15 AM for the 9:30 AM start time.

Amsterdam is home to electronic dance music and there were many DJs along the race route with their own spin kits, decked up rides, and blinged-out costumes to provide the entertainment. There were also a couple of drum lines by the canal. Some flyboarders were practicing too but they finished by the time I got close enough to take photos. 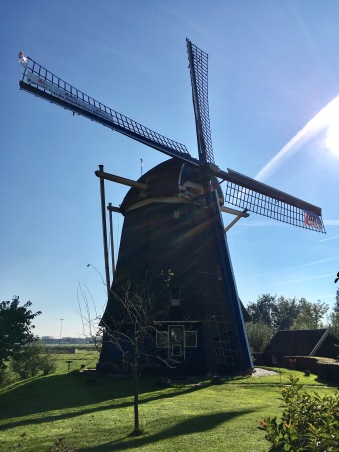 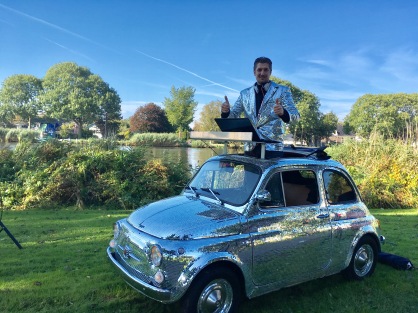 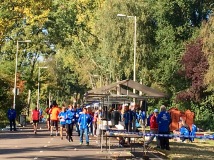 The route took us around different parts of Amsterdam. We ran inside Vondelpark, the largest public park in the city. We also ran by Amstel river where beautiful mansions one after the other competed for attention and were interspersed with windmills and bucolic scenes. What I liked about this marathon the most is that the half marathon started at 1:30 PM using the same route so marathoners never ran alone. It provided a mental boost to runners on their last few kilometers and helped kept the pace.

After crossing the finish line, I hopped on the metro to take me back to the hotel where Richard waited with our luggage. I quickly changed clothes and within a few minutes, we were at the metro for the Amsterdam Central Station. We thought we will be at the station for an hour or so but we found a train leaving for Bruxelles Midi in 10 minutes. When we arrived in Brussels, it was again the perfect timing for us that the earlier Braine-le-Comte train was delayed by 20 minutes so we got on the train instead of waiting for another hour for our actual train. We were home happy by 10:00 PM.