The Crusell Bridge featured in the 2016 Helsinki City Marathon medal. We ran by this bridge connecting the Ruoholahti and Jatkasaaria areas.

Design afficionados will love Helsinki, home to famous brands such as Marimekko, Iittala, Artek and Arabia. I loved it for its tourist-friendly people, transportation, free wi-fi everywhere, and (almost) flat terrain, the ideal for a fast marathon time.

Richard and I flew with Finnair on Friday, August 12, 2016 at 7:20 PM for the Helsinki City Marathon 2016. The flight out of Brussels International Airport in Zaventem took two hours and 15 minutes, and we landed at Helsinki-Vantaa Airport at around 11:00 PM. Helsinki is an hour ahead of Brussels with similar weather conditions.

The fare for the Finnair City Bus parked right outside the arrival terminal was 6.30€ each. It took just 25 minutes to reach the Hesperian Park bus stop. The bus, as well as the whole airport, had free wi-fi, a freebie I am always tickled about. The bus stop was serendipitously just 200 meters away from our hotel, Scandic Park Mannerheimintie.

We had a bite to eat at the airport lounge but I was famished when we arrived. The late hour notwithstanding, we walked two kilometers to shop at the local convenience store Siwa right in the city center.

We slept in a little the next day. After breakfast we walked to Töölön Sportshall 550 meters away to claim my race bib. Aside from the race shirt, they gave us raisins, lip balm, sport wash detergent, Dove men’s body wash, Diasporal magnesium tablets, Perskindol active gel, and a sponge. 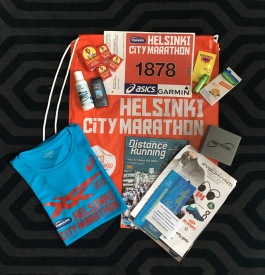 They had a small expo and I bought myself a neon yellow long-sleeved running shirt to wear for the race. We walked around the area before making our way back to the hotel. The race started at 3:00 PM so we passed the time resting in the hotel room.

While we were walking around, Richard, the car afficionado, noticed that the public transportation vehicles were mostly luxury brands: Mercedes-Benz, Volvo, BMW. Even the ambulance vans we saw were all by Mercedez-Benz! 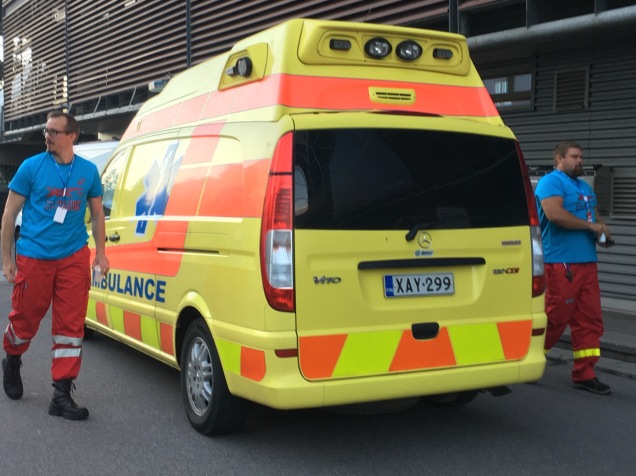 The start line was in the same area as Töölön sports hall. Fast facts about the marathon: the 2,883 starters were composed of 69% men and 31% women, with participants from 63 countries. There were two side events during the day: the 17K  Helsinki Street Run which started at 3:45 PM and the Minimarathon for Children which started at 10:00 AM that morning. 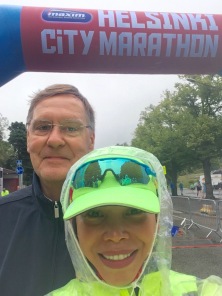 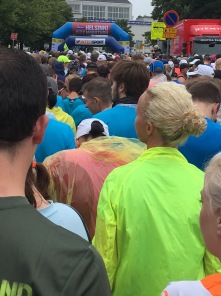 The race was almost flat, and we ran two loops through the south part and the city center. It was cool because of the intermittent rains which stopped an hour before I crossed the finish line. 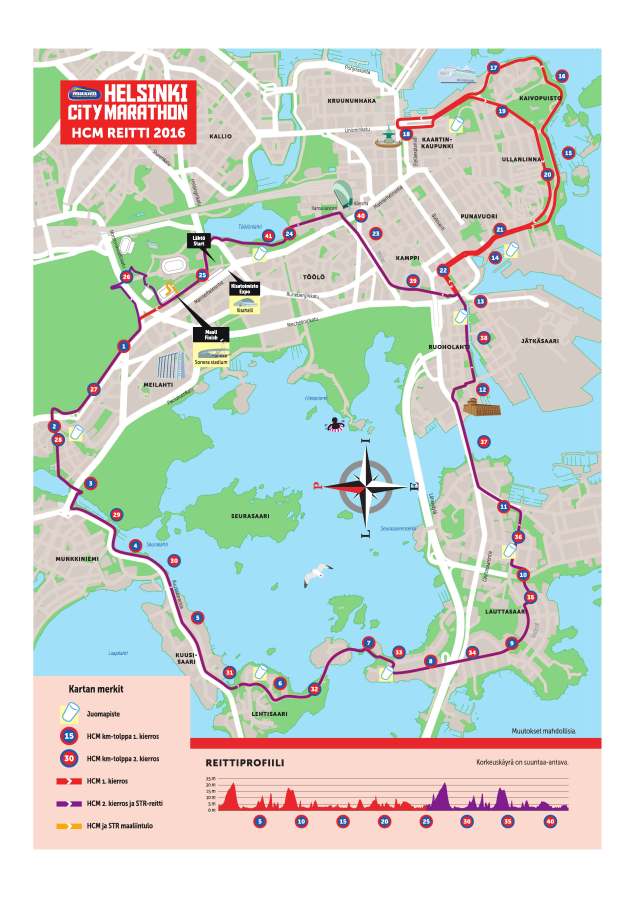 There were no entertainment spots aside from the Garmin checkpoint at the 40K mark. However, they made up for this with a beautiful route. We ran by the port of Helsinki, along the lake, and right through the city center. 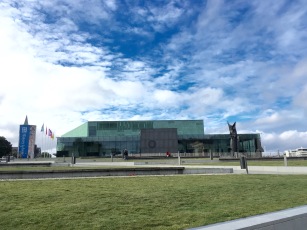 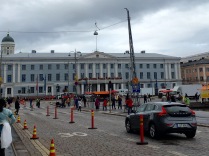 We finished the race at the Sonera Stadium next door to the start area.

As we walked through the finish chute, volunteers were handing out all sorts of goodies: bottled water, Sun-maid raisins, yogurt, banana, protein bar, protein recovery drink, and a non-alcoholic beer. Hmmm. . . I could get used to all these freebies they kept giving us! 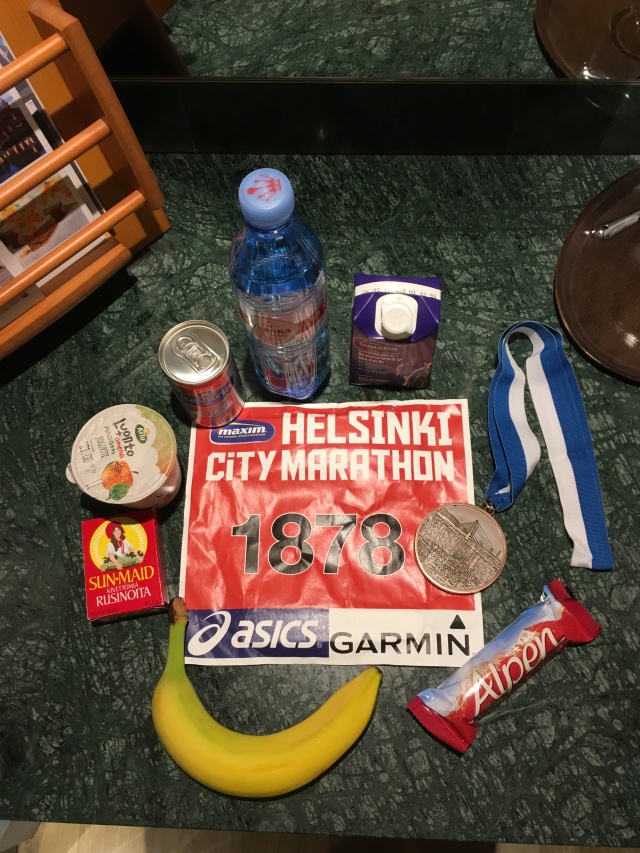 One more done this year.