The 12th-century Saint Patrick’s Cathedral is the largest and tallest church of Ireland.

If you are a fan of U2, Colin Farrell, James Joyce, Oscar Wilde, and Bram Stoker, you know that they were all born in the same city: Dublin, Ireland. Today, Dublin continues to be a vibrant multicultural city that attracts many people from different countries.

We were in Dublin for the highly-anticipated marathon. We flew to Dublin from Brussels Charleroi Airport on Friday, October 28 2016 on the 10:30 PM Ryanair flight. The flight was only an hour and 40 minutes. Since we always have carry-on luggage on these weekend trips, we were out the door and on board the Dublin Bus in no time. One way ticket on Dublin Bus to the Merrion Square bus stop was 6€.

It was close to midnight by the time we reached our hotel. Out on the streets, the party was just starting. Pubs were full and young people were out and about. Our home for the weekend was the O’Callaghan Davenport Hotel, once a church and a dance hall during its former lives. 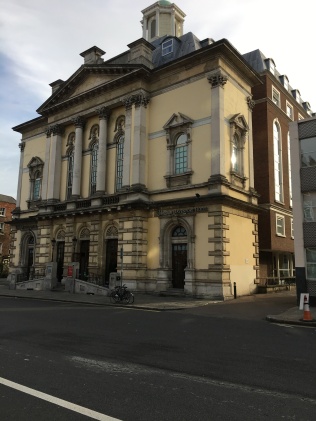 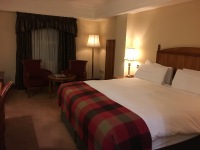 We made our way to the marathon expo after breakfast to pick up my bib. The goodie bag that came with the bib contained generous samples from various sponsors. 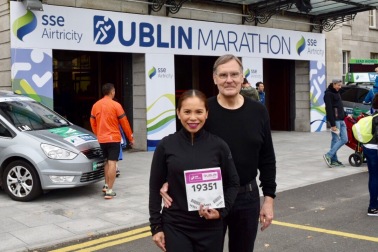 We met up with Karen, a high school classmate at Stephen’s Green Shopping Center down the road from our hotel. We have not seen each other since we graduated 28 years ago so it was nice to catch up.

We walked around a little bit to soak in the sights and sounds of Dublin.

We took the bus to visit the largest cathedral in Ireland, Saint Patrick’s Cathedral. One of its side entrances was painted in the visually arresting cobalt blue. 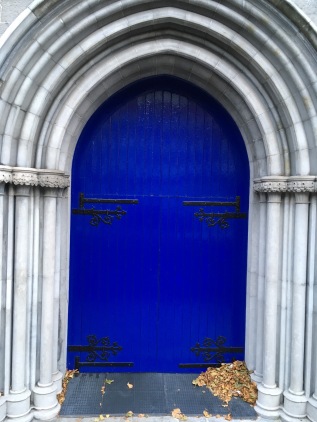 We also visited the War Memorial inside Merrion Square. The memorial with its eternal flame was unveiled in 2008 and honors the military members who died in the service of Ireland. 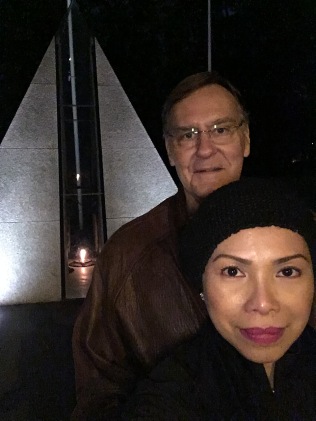 The SSE Airtricity Dublin Marathon start and finish lines were near our hotel. The first wheelchair entrants took off at Fitzwilliam Square at 8:55 with the elite runners hot on their heels at 9:00 AM. My wave started at 9:30 AM.

I met a large group of Filipino runners, some of whom were excited to run their first race. There were also many costumed runners and running teams in the crowd. The generous time limit of seven hours made it possible for the power walkers to walk the marathon. 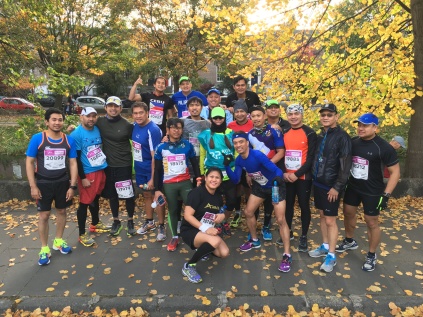 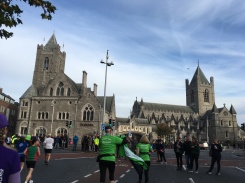 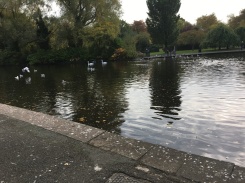 The race markers were both in kilometers and miles. As promised, the weather was indeed ideal for running. Although the course was not flat, it was one big loop and gave us a beautiful view of the city center and surrounding environments. 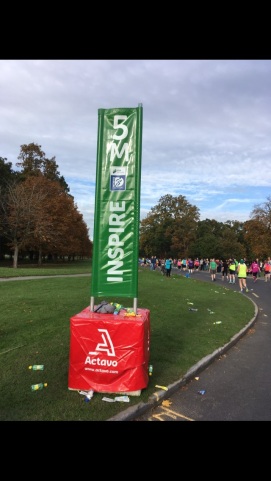 Expect to see interesting runners during a marathon of this magnitude. For a while, I ran alongside the Guinness world record holder for the most barefoot marathons in one year. I first met him in Portland, Oregon in 2014 while we were doing the Firecracker Triple marathon series. There was also another runner who ran with a replica of the Eiffel Tower on his shoulders. 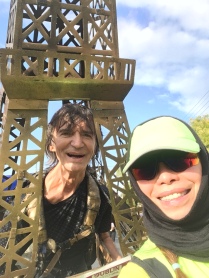 The entertainment was provided by DJs and live bands. The course also had its version of Boston’s Heartbreak Hill, with a guy on the megaphone yelling encouragement at us to get through the slope. 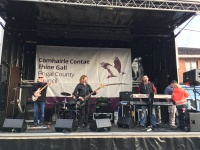 A total of 19,500 runners ran the race now considered as the fourth largest marathon in Europe. Detailed facts about the marathon can be found on the RTE website.

Richard was waiting when I crossed the finish line at Merrion Square. I received a beautiful finisher’s medal, finisher’s shirt, and another generous goodie bag filled with popcorn, energy drink, water, and energy bars. We were already checked out of the hotel so I changed in the hotel’s restroom. We ordered a cab from the hotel to take us to the airport for the 6:25 PM Ryanair flight back to Brussels. 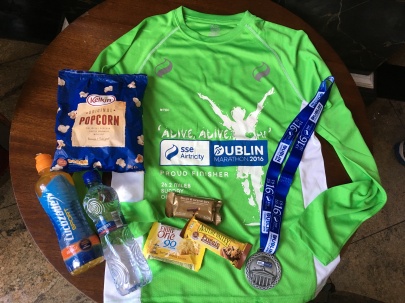