Richard took this beautiful photo of the Cite de Carcassonne from the vantage point of the hotel rooftop restaurant.

The French city of Carcassonne is famous for its cassoulet, wines, and the breathtaking Cité de Carcassonne, a beautifully preserved medieval fortress that became a UNESCO World Heritage site in 1997. The latter was also a major selling point for the city’s marathon on June 5, 2016. 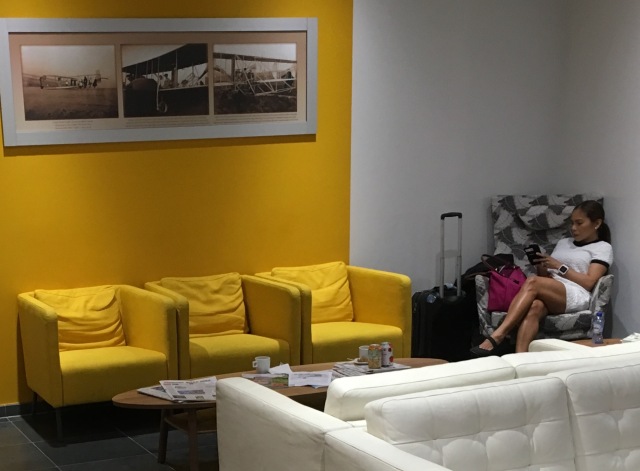 Waiting for our flight to Carcassonne

It was enough to sell me on the race because we found ourselves on a Ryanair flight to Carcassonne at 7:00 AM on Saturday, June 4th. The flight was only two hours long and we were in Carcassonne by 9:00 AM. We took a shuttle bus to the Carcassonne main train station for 5€. It was a few minutes’ walk through their high street to our hotel, Hotel des Trois Couronnes. Along the way, we stopped by the Carrefour Express to buy some water and fruit as our afternoon snacks. 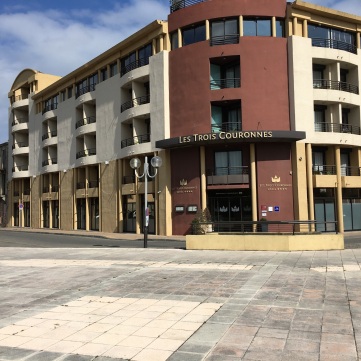 We picked up my race bib at the Carcassonne Olympique which was also the site for the finish line. On the way back, we took a selfie against the backdrop of the cobble stoned Pont Vieux bridge in front of our hotel.

We also stopped by this tiny chapel at the foot of the bridge. There was no mass at that time but we did get to hear mass at another chapel by the high street on Sunday after the race. 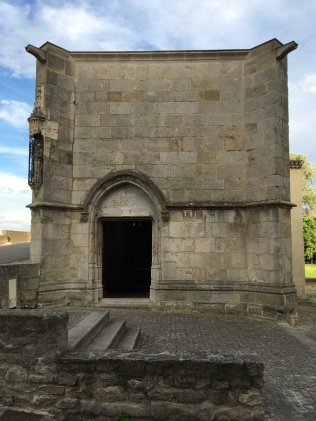 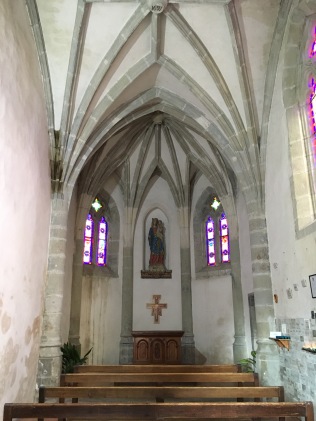 The start of the race was right outside the medieval fortress. 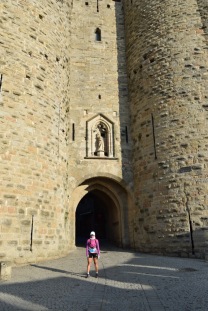 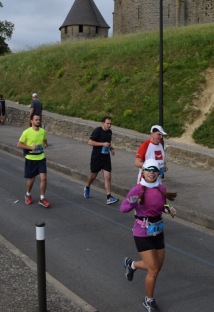 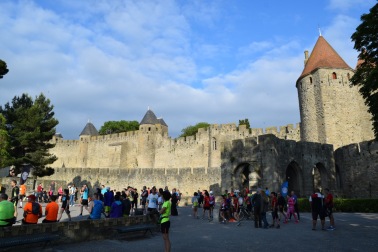 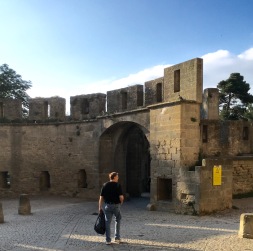 It was a small race where the course took us to miles of vineyards and river trails. 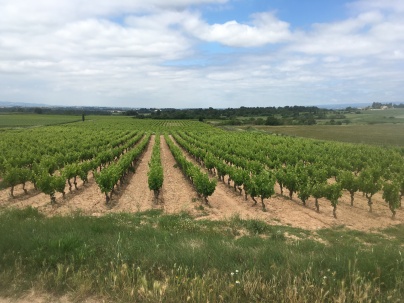 Richard took some photos of interesting cars and sights. One, in particular, caught his attention: a hotel de police! Is that the new politically correct name now for jails?!

It was a hot day and it was a relief to finally cross the finish line. We stayed one more night in Carcassone and took the 11:30 AM flight back to Brussels on Monday, June 6th. 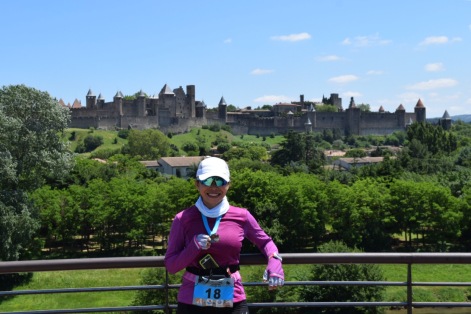