Cebu City, the Philippines’ Queen City of the South, is undergoing a construction boom. The trip from the airport to our hotel was longer than our one-hour flight due to the traffic, and there seemed to be more buildings lined along the streets since the last time we visited in 2016.

We took one of the Cebu Pacific morning flights from Manila to Cebu on Saturday, July 21, 2018 so that I can run the 55K TransCebu Challenge 2018. It was my second time to run this event after my initial participation in 2016.

I can still feel the deliciously steep altimetry of the infamous Transcentral Highway and my unexpected first runner-up finish in the women’s open division. Frankly, I wasn’t too keen in running this stretch of the race again.  Knowing what to feel and expect now at least prepared me for the ordeal ahead.

We stayed at the same hotel as the last time, Best Western Lex Plus Cebu, located at the corner of Escario and Osmena Extension a few blocks away from the Provincial Capitol. We were too early for check-in so we decided to go sightseeing. We took a cab to visit Magellan’s Cross, one of the most popular tourist spots in the city. The cross marked the exact spot Portuguese explorer Ferdinand Magellan planted the Christian cross when he arrived in the Philippines in 1521. 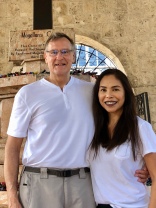 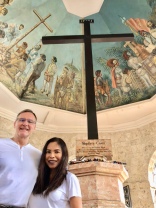 We went to Robinson’s Fuente Osmena next, a shopping mall located at the city rotunda. We shopped for some race support supplies and visited our favorite restaurant Casa Ilongga for some crab meat, grilled squid and binignit.

The hotel was ready for our check-in when we got back. Took it easy the rest of the afternoon and had an early dinner.

The alarm woke us up at 2:00 AM. It was too early to eat so I just got dressed for the race. We took a cab to the pick-up point and finish line, the Barangay Busay Multi-Purpose Building. We were told to be there by 3:00 AM for the 4:00 AM departure and the 5:00 AM start time. Richard dropped me off. He was going to catch up to me at 9:00 AM and would serve as my mobile support station.

The van was late in picking us up, delayed by fog and low visibility along the Transcentral Highway. We finally left at 5:00 AM, arriving a little after 6:00 AM at the starting line at Barangay Balamban Multi-Purpose Building. Each runner paid the P120 fare to the driver.

The 105K participants started at 9:00 PM the previous night; our start line served as their 40K checkpoint. We passed several runners on our way to our start line. 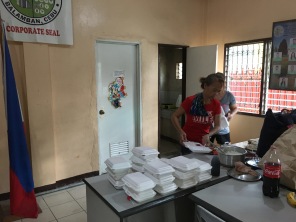 They provided us rice and ham breakfast with coffee and gave us our bibs when we arrived. We took a group picture before our  flag-off at 6:30 AM. I was actually surprised at the number of countries represented both at the 55K and the 105K. There were runners from Malaysia, Singapore, Korea, and France aside from the local runners. I represented the USA and the Philippines. There were some runners that did not get in the picture here.

As I remembered, the incline started at around the 5K mark and continued all the way until the last 10 kilometers. The route was different this year. We had to go off the Transcentral Highway twice. The first one took us to Mount Manunggal, the site of Philippine President Ramon Magsaysay’s crash site. The race trophy and medal is modeled after the engine of Mount Pinatubo, President Magsaysay’s ill-fated plane. 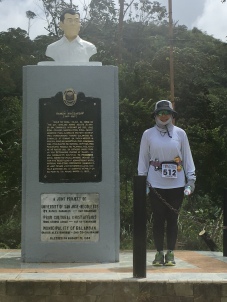 The second trail off the highway was just 400 meters away from the first trail, a five kilometer out and back that was pure trail. We caught the tail end of the day’s fog along this trail. 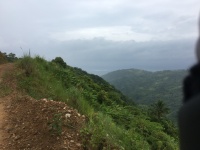 We stayed on Transcentral Highway for the rest of the course. 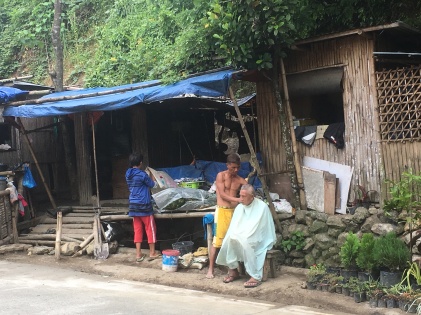 There were marshalls at intersections and turning points. They took our pictures as proof we reached the checkpoints. I stopped at a couple of aid stations to rehydrate and eat boiled eggs. Richard and the driver leapfrogged me and provided everything I needed.

The day was thankfully overcast, even raining for a few minutes here and there. I reached the finish line in 10:40:23.95, more than an hour faster than my previous finish and good enough for a second runner-up finish in the women’s open division. Yay! 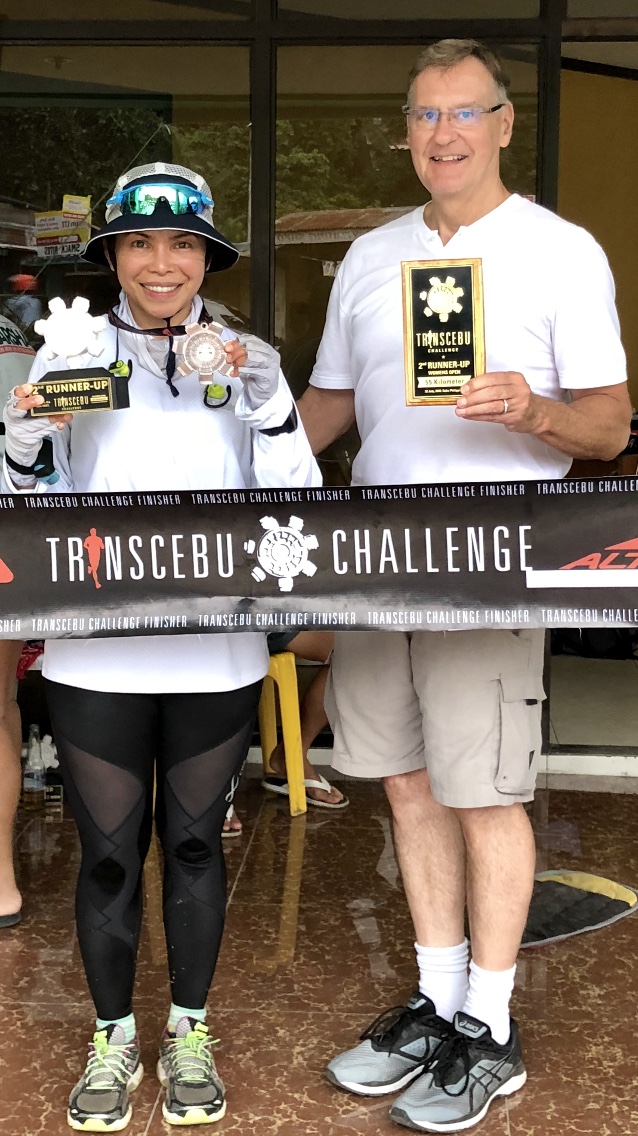 They were chopping up lechon to serve to finishers but we didn’t stick around for that. We stopped at Robinson’s Fuente Osmena again for some takeout food at Casa Ilongga before heading back to the hotel. Richard and I took a long shower and ate in bed that night.

We flew back to Manila the following morning on Cebu Pacific Air. Finishers received a finisher shirt, trophy, and a medal. I also received a plaque for my podium finish. This was a good trip! 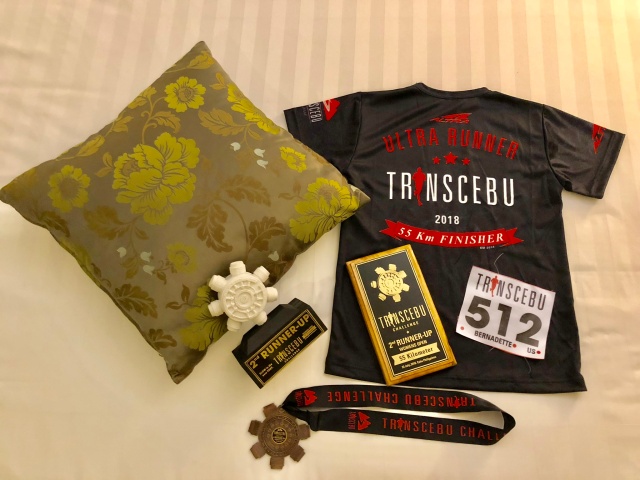 Like Loading...
This entry was posted in Marathons, Places, Race Reports and tagged 55K TransCebu Challenge 2018. Bookmark the permalink.